Denis Laviolette, President of New Found, stated: “We are very excited by the continuity of high-grade gold now developing on this north-south striking vein set at Lotto. The two reported step-out intervals were drilled below the high grade interval in Hole NFGC-21-100 (224.7 g/t Au over 2.45m, see February 23, 2021 news release) confirming the high grade mineralization to 130m vertical depth where it remains open.  In fact the veining appears to be broadening and strengthening with depth, and drilling to step out further to depth will commence shortly. To date we have interpreted approximately 300m of north-south strike on this vein set which appears to bisect the Lotto Baseline fault zone, as illustrated in Figure 2. Drilling will also continue to step out along laterally along strike to further test in this direction.

Bigger picture at Lotto, as shown in Figure 2 we have interpreted multiple other north-south striking secondary veining and we will continue to drill test these other vein sets for similar high-grade gold mineralization. One of these interpreted north-south striking vein sets approximately 100m to the west returned 18.1 g/t Au over 6.5m (Hole NFGC-20-44) where it intersected the main Appleton Fault (see January 14, 2021 news release), confirming the potential for additional zones of high grade gold in this parallel veining.  Finally at Lotto we are also targeting the more primary Lotto Baseline fault and the Appleton faults. The Lotto Baseline fault appears analogous to the Keats Baseline fault which is host to the high grade discovery at Keats and we are utilizing our developing understanding of the controls on mineralization at Keats in targeting gold mineralization the Lotto Baseline fault.” 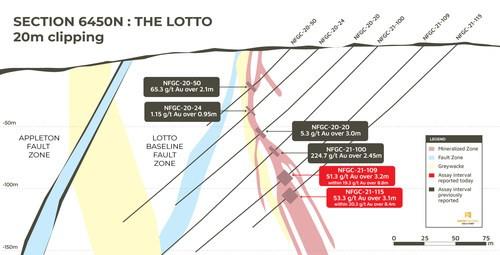 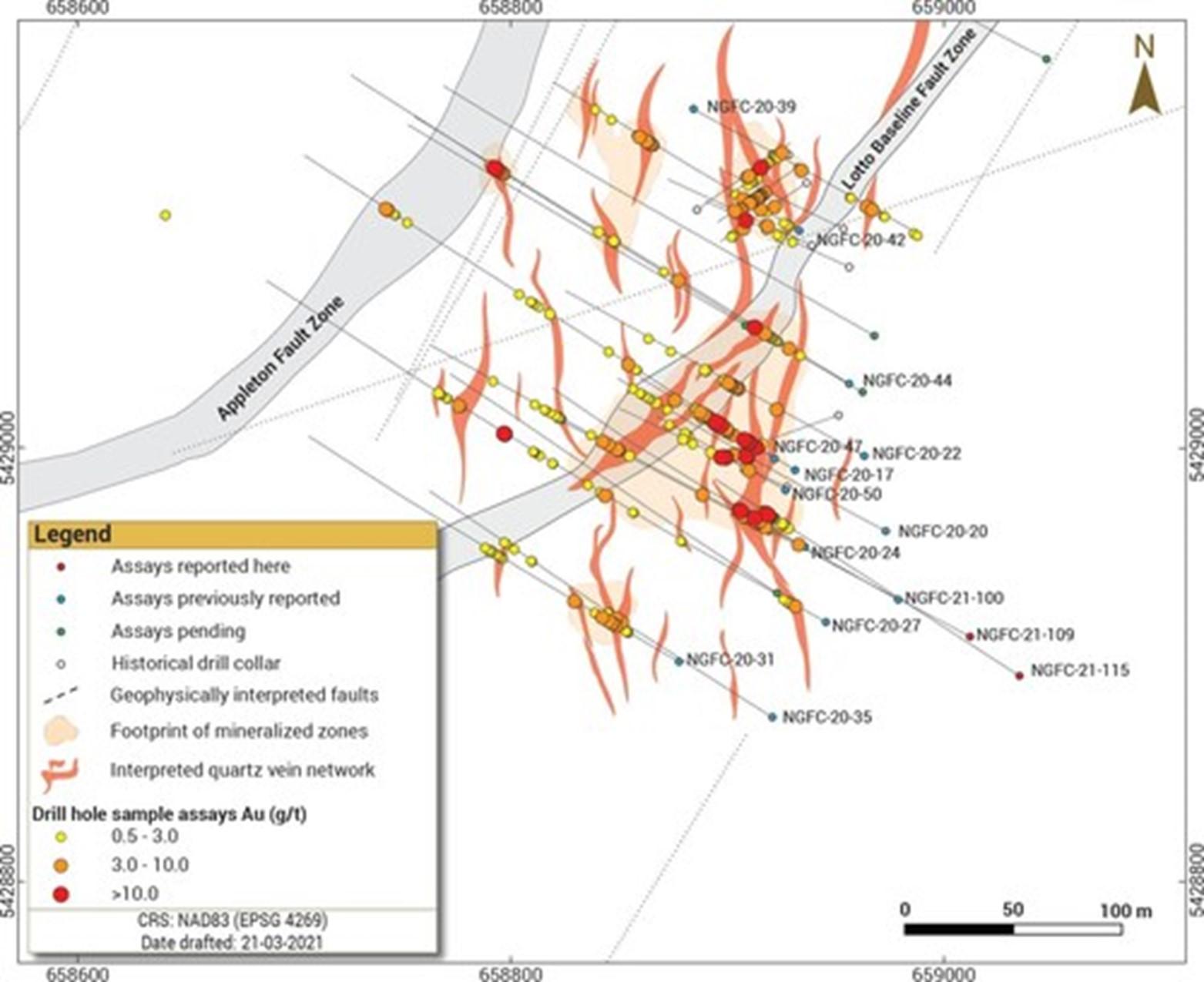 Table 2: Summary of results reported in this release

True  width of the mineralization is uncertain, but host structures are interpreted to be steeply dipping implying true widths in the range of 70% of reported intercepts. Selected intervals are submitted on a rush basis including the reported intervals for NFGC-21-109 and NFGC-115. Additional assays for these holes will be reported once received. Assays are uncut, and calculated intervals are reported over a minimum length of 2 meters using a lower cutoff of 1.0 g/t Au. All HQ split core assays reported were obtained by either complete sample metallic screen/fire assay or standard 30-gram fire-assaying with ICP finish at ALS Minerals in Vancouver, British Columbia or by entire sample screened metallic screen fire assay at Eastern Analytical in Springdale, Newfoundland. The complete sample metallic screen assay method is selected by the geologist when samples contain coarse gold or any samples displaying gold initial fire assay values greater than 1.0 g/t Au. Drill program design, Quality Assurance/Quality Control and interpretation of results is performed by qualified persons employing a Quality Assurance/Quality Control program consistent with National Instrument 43-101 and industry best practices. Standards and blanks are included with every 20 samples for Quality Assurance/Quality Control purposes by the Company as well as the lab. Approximately 5% of sample pulps are sent to secondary laboratories for check assays.

The technical content disclosed in this press release was reviewed and approved by Greg Matheson, P. Geo., Chief Operating Officer and a Qualified Person as defined under National Instrument 43-101. Mr Matheson consents to the publication of this announcement dated March 23, 2021, by New Found. Mr Matheson certifies that this announcement fairly and accurately represents the information for which he is responsible.

New Found also announces that it has retained Future Money Trends LLC to conduct marketing services for the Company.  FMT is an affiliate of Gold Standard Media LLC.  As noted in the Company’s October 2, 2020 news release, GSM has also been retained by the Company to provide marketing services.  FMT and GSM are headed by Kenneth Ameduri, who manages a marketing team headquartered in Austin, Texas. FMT has been successfully marketing public companies since 2010. The term of the agreement is for six months ending September 16, 2021. FMT will be paid US$200,000 in advance for these services.

New Found holds a 100% interest in the Queensway Project, located 15 km west of Gander, Newfoundland, and just 18 km from Gander International Airport. The project is intersected by the Trans-Canada Highway and has logging roads crosscutting the project, high voltage electric power lines running through the project area, and easy access to a highly skilled workforce. The Company is currently undertaking a 200,000-m drill program at Queensway, with a planned increase from the current six drill rigs to eight drill rigs in Q1, 2021. New Found currently has working capital of approximately $68 million.  On closing of the $15 million flow through offering financing announced March 18, 2021 the Company would have an estimated $83 million of working capital.