Greg Matheson, P.Geo., Chief Operating Officer of New Found, stated: “We are excited to have intersected this new high-grade discovery on the hanging wall side of the Appleton Fault itself. Our work to date has focused on targets offset from the main Appleton Fault Zone including the Keats Baseline Zone, which are likely affiliated with a network of secondary structures related to the primary regional Appleton Fault. This opens the entire Appleton Fault itself as a primary target for high-grade gold mineralization, adding significantly to the already extensive prospective target area at Queensway North.

A program of follow-up step-out drilling to this discovery interval is now underway. The recent decision to increase our drill count from four to eight drills early in 2021, and to expand our current program to 200,000m, will allow us to aggressively follow up on this new discovery without detracting from plan to continue grid drilling of multiple defined high grade targets along 5 km of strike on the Appleton Fault Zone and 3 km of strike on the JBP fault Zone.”

Note that the exact orientation of the veins and the true width of the reported intervals is uncertain at this time.

True widths of the new exploration intercepts reported in this press release have yet to be determined but are estimated to be 70% to 80% of reported core lengths. Assays are uncut, and calculated intervals are reported over a minimum length of 2 meters using a lower cutoff of 1.0 g/t Au. All HQ split core assays reported were obtained by either whole sample metallic screen/fire assay or standard 30-gram fire-assaying with ICP finish at ALS Minerals in Vancouver, British Columbia. The whole sample metallic screen assay method is selected by the geologist when samples contain coarse gold or any samples displaying gold initial fire assay values greater than 1.0 g/t Au. Any samples that returned over-limit values (>100 g/t silver) were analyzed with the Ag-OG62 procedure (Ag by HF-HNO3 -HClO4 digestion with HCl leach, ICP-AES or AAS finish). Drill program design, Quality Assurance/Quality Control and interpretation of results is performed by qualified persons employing a Quality Assurance/Quality Control program consistent with National Instrument 43-101 and industry best practices. Standards and blanks are included with every 20 samples for Quality Assurance/Quality Control purposes by the Company as well as the lab. Approximately 5% of sample pulps are sent to secondary laboratories for check assays.

New Found holds a 100% interest in the Queensway Project, located 15 km west of Gander, Newfoundland, and just 18 km from Gander International Airport. The project is intersected by the Trans-Canada Highway and has logging roads crosscutting the project, high voltage electric power lines running through the project area, and easy access to a highly skilled workforce. With working capital of approximately C$67M the Company is well financed to continue its current 200,000m program, with a planned increase from the current four drills to eight drills by February 2021. New Found has a proven capital markets and mining team with major shareholders including Palisades Goldcorp (33%), Eric Sprott (18%), Novo Resources (11%), Rob McEwen (7%), other institutional ownership (8%), and management, directors, and insiders (4%). Approximately 65% of the Company’s issued and outstanding shares are subject to escrow or 180-day lock up agreements. 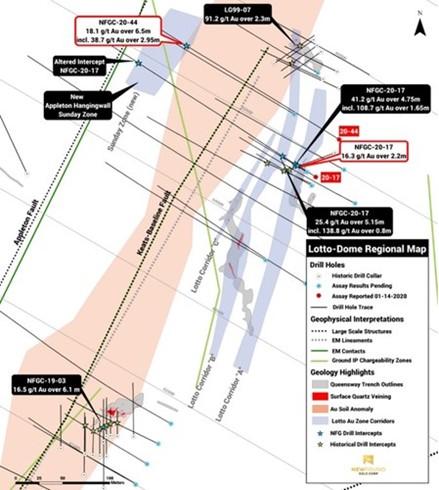 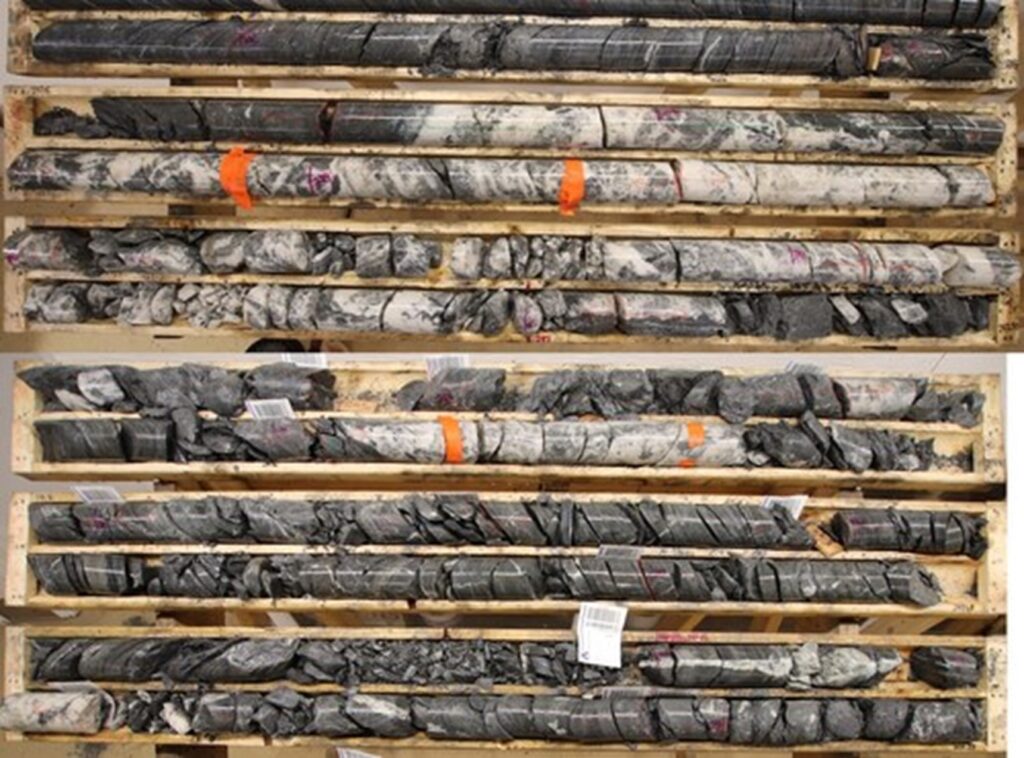