Nevsun’s Board of Directors Rejects Lundin Mining’s Hostile Bid; Offer Does Not Recognize the Value of Nevsun’s Assets; Company to Proceed with Full Strategic Review

Nevsun’s Board of Directors Rejects Lundin Mining’s Hostile Bid; Offer Does Not Recognize the Value of Nevsun’s Assets; Company to Proceed with Full Strategic Review 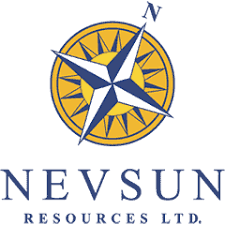 Nevsun Resources Ltd. (TSX: NSU) (NYSE AMERICAN: NSU) today announced that its Board of Directors, after careful consideration and receipt of the recommendation of a special committee of its independent directors, and after consultation with its financial and legal advisors, has rejected the hostile offer by Lundin Mining Corporation, to acquire all of the outstanding shares of Nevsun for C$4.75 per share in cash. The Board unanimously recommends that Nevsun shareholders REJECT the Hostile Bid and not tender their shares. In the Board’s view the Hostile Bid:

“The Nevsun Board of Directors is unanimous in its belief that the Lundin offer substantially and fundamentally undervalues Nevsun and fails to reflect the strategic value of our asset base,” said Ian Pearce, Chairman of Nevsun’s Board of Directors. “The TImok Project is one of the world’s best development stage copper projects, and our Bisha mine continues to generate strong operating cash flow with a mine life that has recently been extended. These assets together represent excellent current and long-term value to our shareholders, and demand a significant premium from anyone who would intend to acquire them. Both the market and equity research analysts have recognized the progress Nevsun has made. Rather than reflecting this enhanced value, Lundin has offered an inadequate premium that is below precedent transaction values, and indeed below copper transaction values that Lundin itself has previously executed. The inadequate value is underscored by the fact that Nevsun’s shares have traded higher than the offer price each day since Lundin launched its hostile bid.”

Added Dave Smith, Chair of the Special Committee: “We have actively and extensively engaged with Lundin over the last several months, including offering access to confidential information and detailed management presentations. Our continual message was that we require full and fair value that reflects the strategic value of all our assets, and the interests of our shareholders. Our Board’s focus is squarely on shareholders’ interests, and with our advisors we have been actively considering available opportunities to maximize value for shareholders through a strategic investment in Nevsun. To ensure we have left no stone unturned, the Board has commenced a strategic review process to consider all alternatives available to Nevsun to maximize value – above and beyond the proposals already generated by Nevsun’s recent strategic investment process – including a potential acquisition of Nevsun as a whole. Discussions are ongoing with several parties that have expressed interest in value-enhancing alternatives to Lundin’s hostile bid, and we fully expect that superior offers or other alternatives will emerge from this process.”

Since March 2017 the Board of Directors and management have been actively involved in the review of various financing alternatives to support the development of the Upper Zone of the Timok Project, and the Company has signed 18 non-disclosure agreements with parties to that end.

This process culminated on August 7, 2018 with four proposals being received from major and mid-tier mining and smelting companies indicating their willingness to purchase up to a 19.9% equity interest in Nevsun along with various proposals for partnering to develop the Timok Project. Three of these proposals to acquire a non-controlling interest in Nevsun are at a premium to the price per Nevsun share offered in the Hostile Bid for full control of Nevsun. The Nevsun Board is evaluating these proposals, and with its advisors will also review all value-maximizing alternatives in the context of Lundin’s undervalued offer, including, but not limited to, an acquisition of all outstanding Nevsun shares.

Tendering Nevsun shares to Lundin’s opportunistic Hostile Bid before the Board and its advisors have had the opportunity to fully explore all available strategic alternatives to maximize shareholder value may preclude the emergence of a superior alternative transaction.

Lundin’s Hostile Bid is open until November 9, 2018. Shareholders are urged to TAKE NO ACTION as Nevsun’s Board pursues a full range of value-maximizing alternatives.

Consistent with the unanimous rejection of the Hostile Bid as undervalued and inadequate, Nevsun’s management and Directors WILL NOT TENDER their shares to Lundin’s offer.

The Nevsun Board’s rejection of the Hostile Bid follows a long history of open and continual engagement with Lundin since March 2017. This included Nevsun’s Board and management considering a number of proposals, structures and partnerships. This extensive engagement is outlined in detail in the Nevsun Directors’ Circular under “Background to the Hostile Bid.” As this background makes clear, a lack of engagement or openness to a transaction has never been an issue.

Shareholders are encouraged to carefully review the Directors’ Circular in its entirety. This document has been mailed to Nevsun shareholders and is available free of charge on SEDAR at www.sedar.com, and on Nevsun’s website at www.nevsun.com.

Nevsun Shareholders who have already tendered their Nevsun Shares to the Hostile Bid and who wish to obtain assistance in withdrawing them are urged to contact their broker or Laurel Hill Advisory Group, at 1-877-452-7184 (toll-free in North America), or 1-416-304-0211 (collect calls outside North America), or by email at assistance@laurelhill.com.