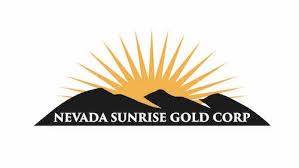 Nevada Sunrise Gold Corp. (TSX-V: NEV) (OTC: NVSGF) is pleased to announce that highly-significant values of lithium have been detected in water samples collected from boreholes GEM22-01 and GEM22-02, drilled in the inaugural 2022 drilling program at its 100%-owned Gemini Lithium Project located in the Lida Valley basin in Esmeralda County, Nevada. The water samples from both boreholes contain dissolved lithium in a calcium/magnesium carbonate-type brine that was not easily recognized on site during the drilling program due to the presence of high levels of suspended solids.

About the 2022 Gemini Drilling Program

Nevada Sunrise drilled two reverse circulation boreholes for a total of 2,020 feet (615.85 metres) in its maiden drilling program at Gemini in March and April 2022. The drill sites were located within a defined gravity low that hosts conductive layers detected by historical time domain electromagnetic surveys (see Figure 1 below). The results from the first two holes at Gemini represent a new discovery of lithium-bearing sediments and lithium-in-water in the western Lida Valley, which has not been historically drill tested for lithium mineralization. Lithium-in-sediment values were significant:

Nevada Sunrise is evaluating the 2022 water and sediment sampling results in detail. These analytical results and preliminary research by the Company suggest that the Gemini lithium deposit is an example of the claystone deposit model situated in a closed arid basin, similar to lithium deposits found in the Clayton Valley and at other sedimentary-hosted lithium deposits in Nevada.

Additional drilling is planned following receipt of an amendment to the current Bureau of Land Management drilling permit, which will be required to cover the Company’s newly-expanded land position. In April and May 2022, Nevada Sunrise staked 288 unpatented lode claims totaling 5,760 acres (1,756 hectares) over the outline of the gravity low to effectively cover the possible extent of the lithium-bearing clay layers. Follow-up geophysical TDEM surveys were completed at Gemini in May 2022 within the interpreted area of the historical gravity low to better map and assess the conductive layers first detected by Nevada Sunrise in 2016 (see Nevada Sunrise news release dated May 12, 2022). The new geophysical results are being compiled and interpreted.

Gemini consists of 407 unpatented placer and lode claims located in the western Lida Valley, Esmeralda County, approximately 6 miles (10 kilometres) east of the town of Lida, Nevada. The Lida Valley is a flat, arid basin with a similar geological setting to the better-known Clayton Valley basin where Albermarle Corporation operates the Silver Peak lithium brine mine, which has operated continuously since 1966. Nevada Sunrise expanded the size of the Project by staking 80 new unpatented placer claims in March 2022, and 288 additional unpatented lode claims in April and May 2022.

Gemini is situated adjacent to the Gold Point Solar Energy Zone, a Bureau of Land Management land reserve set aside for solar and wind power generation projects until 2033. Exploration at Gemini is complemented by the Company’s 80.09 acre/feet/year water right, a pre-requisite for the exploration and development of lithium brine projects in Nevada. Under the laws of Nevada, water cannot be pumped from a subterranean source without a valid water permit. Drill pads and access roads remain in place at Gemini with an active drilling permit.

Sampling and Analytical QA/QC and Statement of Qualified Person

Water parameters including TDS, conductivity, temperature, and pH values were obtained in the field by direct measurement with a handheld Hanna Model 98194 Multiparameter Meter, which meets Good Laboratory Practice (as proscribed by the Organization for Economic Cooperation and Development) for calibration and measurement. All depth measurements reported, including sample and interval widths are down-hole.  As holes are oriented vertical and geologic stratigraphy is primarily horizontal to sub-horizontal, downhole measurements are assumed to be close to true thickness.

Sediment samples described in this new release are a composite of material collected from the rotary splitter in the RC drilling rig, which produces a continuous, representative 3 to 5 kilogram sample for each sample interval. Samples were submitted to American Assay and ALS in Reno, NV and were analyzed utilizing a multi-element ICP-AES method. Specifically, the analytical method involves aqua regia digestion of the sample followed by the inductively coupled plasma (ICP) technique to ionize the sample, and atomic emission spectrometry (AES) to determine elemental concentrations. Duplicates, field blanks, and certified reference standards were inserted at regular intervals in the sample stream to ensure accuracy of the analytical method.

The scientific and technical information contained in this news release has been reviewed and approved by Robert M. Allender, Jr., CPG, RG, SME and a Qualified Person for Nevada Sunrise as defined in National Instrument 43-101 – Standards of Disclosure for Mineral Projects.

Nevada Sunrise is a junior mineral exploration company with a strong technical team based in Vancouver, BC, Canada, that holds interests in gold, copper, cobalt and lithium exploration projects located in the State of Nevada, USA. 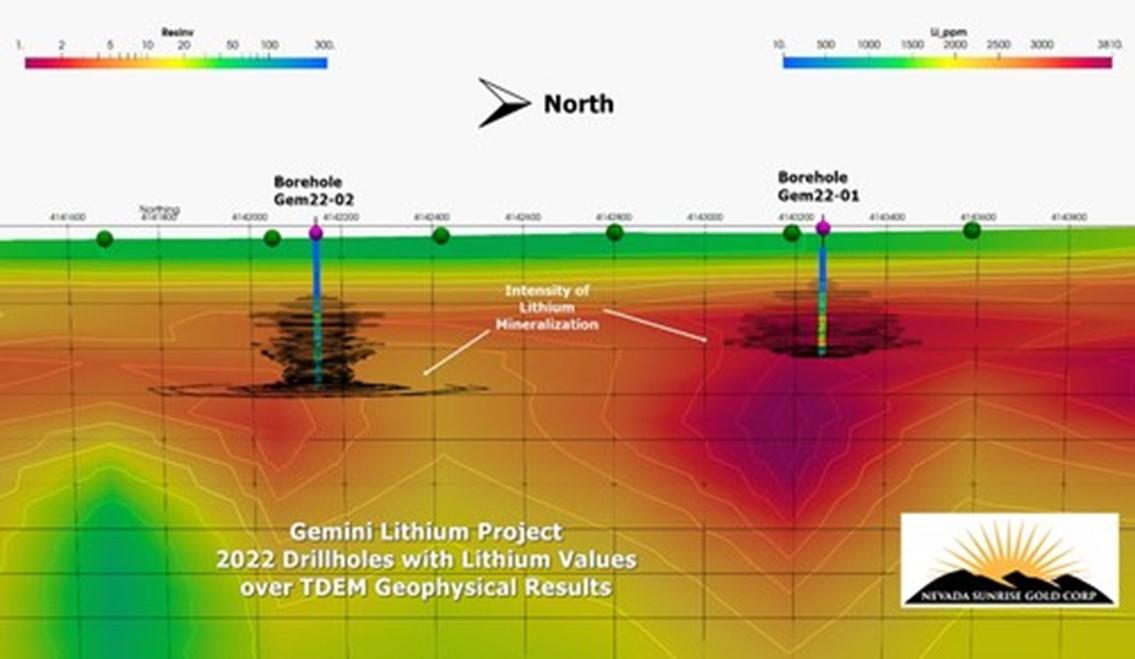