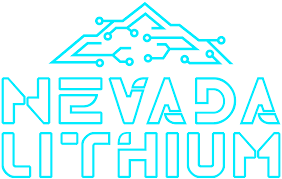 Nevada Lithium Resources Inc. (CSE: NVLH) (FSE: 87K) is pleased to announce that it has closed the first tranche of its previously announced private placement offering of special warrants of the Company, pursuant to which the Company issued  7,916,444 Special Warrants at a price of $0.45 per Special Warrant, for aggregate gross proceeds of $3,562,399.80. The Offering was led by Research Capital Corporation as lead agent and sole bookrunner, on behalf of a syndicate, including Echelon Wealth Partners Inc. In connection with the Offering, PowerOne Capital Markets Limited acted as an adviser to the Company.

From the net proceeds of the Offering, the Company will make a USD$2,000,000 payment to Iconic Minerals Ltd. (TSX-V: ICM), which will increase the Company’s aggregate ownership interest in the Bonnie Claire Project to 35%. The Company and Iconic have also agreed to an amendment of the Option Agreement that extends the deadline for the third and final option payment of USD$2,000,000 under the agreement until December 15th, 2021. Upon making of the Third Option Payment, the Company will have earned an aggregate 50% ownership interest in the Bonnie Claire Project.

“We are excited to announce our pending exercise of the second option on Bonnie Claire, after which we will own 35% of what we believe is one of the most attractive global lithium deposits remaining in junior developers’ hands. With the receipt of an accepted Plan of Operations anticipated in the near future, we look forward with our Iconic partners to a very productive 2022 ground campaign at Bonnie Claire. This campaign will significantly build upon the foundation of our 43-101 Technical Report Preliminary Economic Assessment, with the goals of de-risking the Bonnie Claire Project and contributing to an eagerly anticipated Pre-Feasibility Study” said Nevada Lithium CEO, Stephen Rentschler.

Each Special Warrant is exercisable into one unit of the Company, with each Unit consisting of one common share of the Company and one-half of one Common Share purchase warrant. Each Warrant will entitle the holder thereof to acquire one Common Share at an exercise price of $0.75 per Warrant Share, for a period of 24 months after the closing of the Offering. The Warrants are subject to an acceleration clause whereby, if the trading price of the Shares is equal to or greater than $1.10 for a period of 10 consecutive trading days on the Canadian Securities Exchange, the Company may reduce the remaining exercise period applicable to the Warrants to not less than 30 days from the date of such notice.

The Company will use its commercially reasonable efforts to obtain a receipt from the Securities Commissions for the Qualifying Prospectus within 120 days of the Closing Date (not including the Closing Date), provided, however, that there is no assurance that a Qualifying Prospectus will be filed or that a receipt therefor will be issued by the Securities Commissions prior to the Qualification Date.

Notwithstanding the foregoing, in the event the Company has not received a receipt from the Securities Commissions for the Qualifying Prospectus before the Qualification Date, each unexercised Special Warrant will thereafter entitle its holder to receive, upon the exercise thereof, for no additional consideration, one-and-one-tenth (1.10) Units (instead of one Unit).

The Agents received an aggregate cash commission equal to 6.0% of the gross proceeds from the Offering, being $30,737.99.  In addition, the Company granted the Agents compensation options equal to 6.0% of the total number of Special Warrants issued under the Offering, being an aggregate of 68,307 Compensation Options. Each Compensation Option will entitle the holder thereof to purchase one Unit at an exercise price equal to $0.45 for a period of 24 months from the Closing Date. Each Compensation Option Unit is comprised of one Common Share and one-half of one Warrant, and each Agent’s Warrant is exercisable to acquire one additional Common Share for $0.75 for a period of 24 months after the Closing.

The Agents received an aggregate advisory commission equal to 2.0% of the gross proceeds from the Offering, being $70,751.  In addition, the Company granted the Agents advisory options equal to 2.0% of the total number of Special Warrants issued under the Offering being an aggregate of 156,369 Advisory Options  Each Advisory Option will entitle the holder thereof to purchase one Unit at an exercise price equal to $0.45 for a period of 24 months from the Closing Date. Each Advisory Unit is comprised of one Agent’s Share and one-half of one Agent’s Warrant, and each Agent’s Warrant is exercisable to acquire one Agent’s Warrant Share for $0.75 for a period of 24 months after the Closing.

PowerOne received cash commission of $171,045, and 380,100  compensation options for introducing subscribers to the Company on the same terms as the Agents’ Compensation Options disclosed above, which will be subject to a four month hold period from the Closing Date.

Prior to the filing of the Qualifying Prospectus and the automatic exercise of the Special Warrants, the securities issued under the Offering, and securities underlying the Compensation Options and Advisory Options, will be subject to a four month hold period from the Closing Date, in addition to any other restrictions under applicable law.

The securities being offered have not been, nor will they be, registered under the United States Securities Act and may not be offered or sold in the United States or to, or for the account or benefit of, U.S. persons absent registration or an applicable exemption from the registration requirements. This news release will not constitute an offer to sell or the solicitation of an offer to buy nor will there be any sale of the securities in any State in which such offer, solicitation or sale would be unlawful.

Nevada Lithium Resources Inc. is a mineral exploration and development company focused on shareholder value creation through its core project, the Bonnie Claire Lithium Project, located in Nye County, Nevada. Nevada Lithium currently owns 20% of the Bonnie Claire Lithium Project and has the option to earn up to 50% of the Project. A recently completed Preliminary Economic Assessment NI 43-101 Technical Report returned attractive investment metrics and the Company is advancing the Project towards Pre-Feasibility.