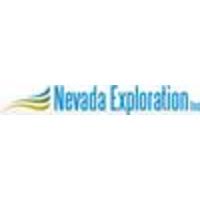 Nevada Exploration Inc. (TSX-V:NGE) (OTCQB:NVDEF) is pleased to provide the drill results from the first hole of its 2021 core program at South Grass Valley, and to announce that based on these results the Company has significantly enlarged its land holdings at the project.

Discussing the results of SGVC012 and the Company’s plans, NGE CEO, Wade Hodges:   ”As we’ve shared, the preliminary logging and XRF data from SGVC012 indicated that we are heading in the right direction in terms of validating our exploration concept – that the major high-angle structural features associated with the Water Canyon Structural corridor provided the primary control for the mineralized fluids into the district, and that the subsequent lateral fluid flow through the district was dominantly focused through the Clm unit – which is now supported by the assay results.

“Zooming out, it is important to highlight the scale and intensity of these features we’re seeing. As described in our last update, we have effectively found a geologic superhighway that has directed massive volumes of mineralized Carlin-type hydrothermal fluids laterally through the district. Beyond establishing thickness, when you consider that SGVC012 represented an approximately one kilometre step out from our last hole at this north end of the project, SGVC012 has also helped to establish the significant E-W width of this NNW-trending mineralization. With our current hole SGVC013, located three kilometers to the south, we’re now expecting to demonstrate its major N-S extent as well.   In short, the scale of the Carlin-type mineral system we’ve discovered at South Grass Valley is consistent with what you need to source a globally-significant gold endowment.

“It is important, however, to recognize that East Golden Gorge still represents a large volume of bedrock to test for what are ultimately comparatively small deposits. As we’ve shared, we’re not betting on any single drill hole; rather we’re betting on testing the target with our planned 10-hole program designed based on what we know about the nearest Carlin-type deposits at Cortez Hills and Goldrush to the north. The results we’re seeing in this first drill hole confirm that our plan is working and that our target concept is valid. Our job now is to complete the balance of the program.

“Our unfortunate, lengthy and unplanned drilling stoppage has been the result of an industry-wide shortage of drillers with the experience to complete deep holes in challenging Carlin-type conditions.    It has been frustrating, but this target and these holes are too important, and we’re only going to resume drilling once we secure a contractor with the technical expertise that gives us the best chance of completing our holes to their target depths.   I’m pleased to report that we are in discussions with a number of qualified contractors, and we hope to share more on this soon.

“In the meantime, this break in drilling has given us a valuable opportunity to leverage our significantly improved understanding of the geology at South Grass Valley – compared to when we logged our first drill holes in 2018-2019 – to fine tune geologic contacts and other structural measurements across the project, and the results of this review are significantly improving the resolution of our geologic model. As we add more information with each phase of work, we’re pleased to continue publishing our geologic data for our stakeholders to review directly. In addition to providing core photos, we’ve also added the latest assay results to our South Grass Valley VRIFY model.   We encourage everyone to use this interactive model to review the scale of the mineral system we’ve discovered at South Grass Valley, and to follow along as we continue our planned program.

“Lastly, reviewing the results from SGVC012 together with those of our other drill holes, it is clear that this Carlin-type mineral system we’ve discovered at South Grass Valley extends beyond the northern limit of our current drilling, consistent with our geophysical and geochemical datasets, which highlight the potential to discover additional mineralization along the NNW projection of the Water Canyon structural corridor. Recognizing the opportunity for this system to host multiple deposits, we are pleased to announce that we have significantly enlarged our claim holdings in this direction.”

With respect to the results of SGVC012 and the Company’s ongoing work, NGE also reports:

With mature, exposed search spaces seeing falling discovery rates, NGE believes the future of exploration is under cover. Nevada’s exposed terrains have produced more than 200 million ounces of gold, and experts agree there is likely another 200 million ounces waiting to be discovered in the half of Nevada where the bedrock is hidden beneath post-mineral cover. NGE has spent more than 15 years developing and integrating new hydrogeochemistry (groundwater chemistry) and low-cost drilling technology to build an industry-leading, geochemistry-focused toolkit specifically to explore for new gold deposits under cover, and the Company is now advancing a portfolio of projects totalling more than 180 square kilometres.

Based on the results of its combined exploration datasets, NGE believes it has discovered a mineral system at South Grass Valley with the architecture and scale to potentially support multiple CTGDs. As the Company continues to advance the project, per NI 43-101, 2.3(2), the Company must remind its stakeholders that the project remains an exploration target for which the potential quantity and grade of any mineral resource is still conceptual in nature, and that it is uncertain if further exploration will result in the target being delineated as a mineral resource.