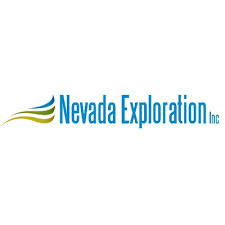 Each Unit consists of one common share in the capital of the Company and one-half of one Common Share purchase warrant, with each whole Warrant entitling the holder to acquire an additional Common Share at an exercise price of $0.30 per Common Share for 30 months.  If the closing price of the common shares of NGE quoted on the TSX Venture Exchange is greater than $0.50 for 10 consecutive trading days, NGE may accelerate the expiry date of the Warrants to the 30th day after the date on which NGE gives notice to the Warrant holder of such acceleration.

Proceeds from the Offering will be used to advance NGE’s exploration projects and for general working capital.  In connection with the first tranche, the Company paid finders fees totalling 158,900 Units.  All securities issued are subject to a four month plus one day hold period expiring December 30, 2018.

NGE is an exploration company advancing a portfolio of new district-scale gold exploration projects along Nevada’s Cortez Trend.  NGE is led by an experienced management team that has been involved in several significant discoveries in Nevada, including the discovery of Lone Tree and Rabbit Creek (part of the Twin Creeks Mine).  NGE’s team has spent the last decade integrating the use of hydrogeochemistry with conventional exploration tools to develop a Nevada-specific regional-scale geochemistry exploration program.

With new proprietary technology, NGE has completed the world’s largest groundwater sampling program for gold exploration, collecting approximately 6,000 samples to evaluate Nevada’s covered basins for new gold exploration targets.  To advance follow-up targets, NGE has overcome the high drilling costs that have previously prohibited the wide-spread use of drilling as a prospecting tool by developing its Scorpion drill rig, a small-footprint, truck-mounted, small-diameter RC drill rig specifically tailored to the drilling conditions in Nevada’s basins (analogous to RAB drilling in other parts of the world).

By integrating hydrogeochemistry and early-stage low-cost drilling with conventional exploration methods, NGE is overcoming the challenges and radically reducing the costs of exploring in Nevada’s covered basins, and taking significant steps to open this important new search space up for district-scale exploration.