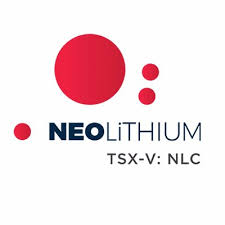 The Technical Report, which is currently on QP review stage, was prepared by Worley, a leading global provider of professional project and asset services in the energy, chemicals and resources sectors with extensive experience in the design and construction of some of the largest and lowest cost lithium brine processing facilities in Chile and Argentina. The resource and reserve estimate was completed by brine resource and reserve experts Groundwater Insight Inc.

“In a very short time since its discovery in December 2015, we have achieved every significant milestone at the 3Q Project on time and on budget. We have identified, defined, and confirmed one of the most valuable lithium resources in the world with one of the lowest projected operating costs and capital costs in the industry.  Our teams in Argentina and Canada have done an excellent job in driving this project forward. We now deliver a project ready to be built to Zijin Mining Group Co., Ltd. at a significant premium to the prevailing trading price immediately prior to announcement of the transaction that provides significant value to our shareholders,” stated Waldo Perez, President and CEO of Neo Lithium.

The FS represents a comprehensive study of the technical and economic viability of the 3Q Project and has advanced to a stage where a preferred processing route has been established, and an effective method of lithium extraction has been determined. Capacity for the feasibility study remains at 20,000 tonnes per year, but the design footprint for ponds and plant already considers an expansion to 40,000 tonnes per of LCE per year since the resource and reserve is large enough to justify larger production by shortening the mine life.

A technical report summarizing the FS will be filed on SEDAR within 45 days of the date of this news release.

Mineral resources were most recently published in a press release dated June 9, 2021. However, an increase of approximately 4% in the high-grade Measured and Indicated Resource was recently realized, due to the acquisition of a small additional mining claim on October 21, 2021. The updated lithium resources, with an effective date of October 26, 2021, are summarized in the following table:

After pond filling is complete, the strategy to maximize value at the 3Q Project is to first extract the high-grade brine with four new and two existing wells strategically located in the middle of the high-grade component of the measured and indicated resource. Early extraction of high-grade brine allows early-stage pond size to be minimized. Grade is predicted to decrease with time, as progressively lower-grade brine is extracted.

A numerical groundwater model was developed to support the reserve estimate and development of the 50-year life of mine plan. Modelling predicts a brine grade decrease over time and simulates additional brine recovery to maintain production at around 20,000 tonnes of lithium carbonate equivalent (LCE) for the first 20 years of mine operation. Thereafter, production decreases as recovered grade decreases. The modelling simulates long term brine recovery, based on a rigorous evaluation of groundwater flow and brine transport.

The tonnage, grade, and classification of the mineral reserves captured within the FS life of mine plan are summarized below.

The design recovery rates are within the tested parameters of the brine aquifer. The Company has already installed one production well capable of sustained production of 84 L/s. In the initial 14 years of the mine plan, four new and seven existing wells would each produce between 12.5 and 42.2 L/s of high-grade brine. From year 15 onwards, two new wells and one existing well would be added to the operation, with individual production rates between 13 and 84.5 L/s. These variable brine recovery rates are designed to maintain a relatively constant annual production rate of approximately 20,000 tonnes LCE for the first 20 years, and then decreasing thereafter as the resource is recovered. Ample space exists within the resource for additional production wells, if required.

The FS identifies the preferred development option as being a conventional evaporation pond operation followed by concentrated brine purification and precipitation of lithium carbonate. The processing method is unique to the 3Q Project high grade, low impurity brine, allowing the Company to minimize water and energy consumption. This has been validated by significant research completed on optimal process flows.

The process remains relatively unchanged from that described in the press release dated March 11th, 2020, with the extraction of brine from pumping wells into solar evaporation pre-concentration ponds in order to reduce brine volume by water evaporation. Concentration causes the crystallization in the ponds of sodium chloride, potassium chloride and calcium chloride which periodically must be harvested from these ponds.

The concentrated brine (with 3.3% lithium by mass) is then transported to the purification plant in Fiambalá.

Processing of the concentrated brine into Lithium Carbonate is achieved in five steps:

This process is based on conventional, proven parameters and has been tested in our pilot plant operations for the last few years.

Key parameters that provide the basis for the FS and other qualifications and assumptions are provided below.

Based on the study of Benchmark Minerals Ltd, the average lithium carbonate price estimate over the life of mine is estimated to be $12,321 per tonne.

Liex S.A., Neo Lithium’s wholly owned subsidiary in Argentina, completed and submitted its Environmental Impact Report (“EIR”) for approval to the Minister of Environmental and Mining Affairs of the Province of Catamarca (the “Mining Authority”) in April 2019. Liex S.A. submitted further documentation to the Mining Authority in November 2019. After experiencing some delays due to the COVID-19 pandemic, the Mining Authority provided comments to Liex S.A. in August 2021. Liex S.A. responded to those comments in September 2021. The EIR is now in final format and ready to be presented in a process of three public audiences, that finish on December 17, 2021.

In early October 2021, Liex SA, Neo Lithium’s wholly owned subsidiary in Argentina, purchased 357 ha of property contiguous to the 3Q Project. The property was acquired because a small portion of the resource expanded into that ground. The company is in the process of adding this title to the 3Q Project mining group and has updated the resource estimate to include this small block, increasing the total measured and indicated resource with cut off of 800 mg/l by 4%. No further acquisitions in the area are required since the company controls the entire salar and surrounding ground.

The FS was prepared by Worley and Groundwater in conjunction with a team of globally recognized consultants independent from the company. The two independent qualified persons that lead the team of consultants are:

Mr. Dworzanowski and Dr. King verified the data disclosed in this news release, including sampling, analytical and test data underlying the results of the feasibility study and the updated estimates of mineral resources and mineral reserves.

The data verification procedures were broadly the same as described in the Company’s technical report supporting its previously disclosed pre-feasibility study, entitled “Neo Lithium Corp., Preliminary Feasibility Study (PFS) – 3Q Project, NI 43-101 Technical Report, Catamarca, Argentina”, with a second amended date of April 1, 2021, available on the Company’s profile on SEDAR. More detail on data verification procedures for the FS will be disclosed in the technical report supporting the FS in accordance with NI 43-101.

The 3Q Project is located in the Province of Catamarca, the largest lithium producing area in Argentina. The project covers approximately 35,000 ha and the salar complex within this area is approximately 16,000 ha.

On October 8, 2021, the Company announced it had entered into an arrangement with Zijin Mining Group Co., Ltd., that, upon completion, will result in the acquisition of all of the Company’s outstanding shares at a significant premium to the prevailing market price and historical trading price of the Company’s common shares. The transaction will unlock value and provide a significant benefit to shareholders, while removing any technical execution risk, dilution risk and commodity price risk associated with developing the 3Q Project.