Nemaska Lithium Confirms Closing of the Minimum Offering of $1M Under its Prospectus Supplement no. 5

Nemaska Lithium Confirms Closing of the Minimum Offering of $1M Under its Prospectus Supplement no. 5 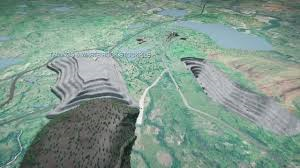 Nemaska Lithium Inc. (TSX-V:NMX) (OTCQX:NMKEF) announced today that it has closed the minimum offering of $1,000,000 of its Prospectus Supplement no. 5 announced on January 30. Consequently the Corporation has issued 5,000,000 common shares at a price of $0.20 per share and 2,500,000 common share purchase warrants entitling its holder to purchase one common share at a price of $0.28 until February 4, 2017. The Corporation intends to have an additional closing to complete the maximum offering of $2M.

The Corporation intends to use the net proceeds of the Offering and other available funds for general working capital and administrative expenses as well as for Phase 1 plant detailed engineering.

The Corporation has filed Prospectus Supplement no. 5 dated January 30, 2015 to the Short Form Base Shelf Prospectus dated March 4, 2013 with the securities regulatory authorities in each of the Provinces of Quebec, Ontario, Alberta and British Columbia, in relation to an offering (the “Offering”), by the Corporation, as securities issuer, of a minimum of 5,000,000 units of the Corporation (the “Units”) for an aggregate gross proceeds of $1,000,000 and a maximum of 10,000,000 Units for an aggregate gross proceeds of $2,000,000 at a price of $0.20 per Unit.

In connection with the Offering, the Corporation may, at its entire discretion, pay registrants registered pursuant to Regulation 31-103 respecting Registration Requirements Exemptions and Ongoing Registrant Obligations a cash commission up to 5% of the gross proceeds of the Offering.

A copy of the Supplement no. 5 may be obtained on request without charge from the President, Chief Executive Officer and Secretary of Nemaska by emailing info@nemaskalithium.com or directing a request to Nemaska Lithium Inc. at 450, rue de la Gare-du-Palais, 1st Floor, Quebec, Quebec, G1K 3X2, telephone: (418) 704-6038, Attn: President, Chief Executive Officer and Secretary, and are also available electronically at www.sedar.com.