Nemaska Lithium Announces the Closing of the Maximum Offering Under its Prospectus Supplement no. 5

Nemaska Lithium Announces the Closing of the Maximum Offering Under its Prospectus Supplement no. 5 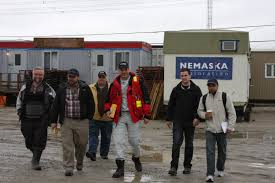 The Corporation intends to use the net proceeds of the offering and other available funds for general working capital and administrative expenses as well as for Phase 1 plant detailed engineering.

In connection with the second tranche of the offering, the Corporation paid an aggregate cash commission of $50,000 as finder’s fees.

Nemaska intends to become a lithium hydroxide and lithium carbonate producer based in Quebec and has filed patent applications for its proprietary methods to produce these compounds. In tandem, the Corporation is developing one of the richest spodumene lithium hard rock deposit in the world, both in volume and grade. Spodumene concentrate produced at Nemaska’s Whabouchi mine and from other global sources will be shipped to the Corporation’s lithium compounds processing plant to be built in Salaberry-de-Valleyfield, Quebec. This plant will transform spodumene concentrate into high purity lithium hydroxide and lithium carbonate mainly for the growing lithium battery market.