Nemaska Lithium Accepts a Sale Proposal from Orion Mine Finance, Investissement Québec and The Pallinghurst Group

Nemaska Lithium Accepts a Sale Proposal from Orion Mine Finance, Investissement Québec and The Pallinghurst Group 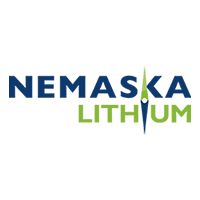 Nemaska ​​Lithium Inc. (TSX:NMX) announces that it has accepted a sale proposal structured as a credit bid from a group made up of the Corporation’s largest secured creditor, Orion Mine Finance, Investissement Québec and The Pallinghurst Group, acting through a new entity named Quebec Lithium Partners at the conclusion of its previously announced Sale or Investor Solicitation Process under the Companies’ Creditors Arrangement Act.

After a thorough review, with its financial and legal advisors, of available qualified bids received as part of the SISP and after the withdrawal of other indications of interest as well as a careful consideration of the interest of all of its stakeholders, the Corporation’s Board of Directors, following a unanimous recommendation of its special committee, the recommendation of the Corporation’s advisors and the support of the CCAA Monitor, determined that accepting the Bid was the best alternative for the Corporation.

The transactions contemplated by the Bid are achieved through a reverse vesting order and provide for a reorganization of Nemaska Lithium and its subsidiaries that involves: (a) the incorporation of a new entity to ultimately hold certain excluded assets and liabilities of the Nemaska Entities, and (b) the exchange of the common shares of the Corporation for common shares of Residual Nemaska Lithium, resulting in Residual Nemaska Lithium becoming a successor reporting issuer.

The Transaction provides for the acquisition by the Buyers’ Group of the Nemaska Entities’ business and assets (other than certain excluded assets and liabilities to be transferred directly or indirectly to Residual Nemaska Lithium), by way of a reverse vesting order to be sought from the Superior Court of Québec (the “Court”), the culmination of which will result in the Sponsors acquiring, on a 50-50 basis, all of the issued and outstanding shares of an entity resulting from the amalgamation of the Nemaska Entities, which will itself emerge from the CCAA proceedings and subsequently be amalgamated with entities currently controlled by Orion to form the entity that will operate the business of the Corporation.

The consideration offered under the Bid is comprised of the assumption of liabilities by New Nemaska Lithium totalling at least $146,500,000 (including the Orion and the Johnson Matthey Battery Materials Ltd. secured claims), and the transfer to Residual Nemaska Lithium of the Corporation’s cash on hand on closing, subject to certain adjustments.

The Sponsors have indicated their intention to invest, from and after closing of the Transaction and subject to the fulfillment of certain conditions and receipt of appropriate approvals, up to $600,000,000 in New Nemaska Lithium (inclusive of amounts paid to Orion in connection with the Transaction) for the financing of the project, comprised of the mine and the electrochemical plant.

The Bid is conditional upon the satisfaction of customary closing conditions, including obtaining approval under the Competition Act (Canada) and Court approval. Nemaska Lithium will seek the approval of the Bid and the Transaction contemplated therein by the Court on or about September 14, 2020. If the approval of the Court is obtained, Nemaska Lithium and the Buyers’ Group expect to close the Transaction at the latest on October 15, 2020.