Mosaic Acquires 100% Interest in the Gaboury and 113 North Projects

Mosaic Acquires 100% Interest in the Gaboury and 113 North Projects 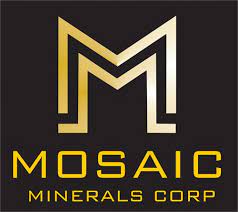 Mosaic Minerals Corporation (CSE: MOC) announces that it has signed an agreement to acquire 100% of the interest in the Gaboury project (Témiscamingue, Québec) and 113 North project (Abitibi, Québec) from Fokus Mining Corporation (TSX-V: FKM).

To acquire 100% interest in the Gaboury and 113 North projects, Mosaic will issue 5,000,000 common shares of the Company to Fokus Mining Corporation. The latter will also retain a 2% net smelter royalty on both properties. Following the transaction, Fokus Mining Corporation will own 10 million shares or about 16% of the Company. Upon closing of this transaction, the commitments required in the original agreements become obsolete and void.

In June 2021 (see the press release), Mosaic signed an option agreement with Fokus Mining Corporation to acquire up to 50% interest in the 113 North project :

In May 2021 (see the press release), Mosaic signed an option agreement with Fokus Mining Corporation to acquire up to 80% interest in the Gaboury project :

The agreement was structured in 2 tranches:

“We are very pleased to make this acquisition. The complete ownership of these two projects positions us advantageously for the future. We intend to become a key player in the base metals exploration sector in Quebec,” Said Jonathan Hamel, Mosaic Minerals President and CEO.

The Gaboury project, comprising 95 claims covering an area of approximately 6,064 hectares, is accessible year-round by a provincial road network and a series of forest roads. In 2010-2011, Fieldex Explorations (now Fokus Mining Corp.) drilled the Gaboury property to test a Max-Min electromagnetic anomaly and intersected significant nickel grades over good widths. The mineralization intersected is located in a wide band of mafic to ultramafic rocks. Grades of 0.20% Ni were intersected over thicknesses varying from 81m to 88m in three holes forming the original Pike Nickel showing.

As for hole GA-21-01, carried out under historic hole GA-11-08 to verify its potential at depth, revealed a grade of 0.21% Ni over 122.9 m including 70,9 m at a grade of 0.25% Ni. These results confirm a potential for in-depth extension. Hole GA-11-08, completed in 2011, returned 0.20% Ni over 81 m. Hole GA-21-06, located in the Pike East area approximately 1.4 km east of the historic Pike Center area, also reveals an anomalous nickel presence over more than 50 meters. As this hole started directly in the nickel anomaly, this result may not correspond to the actual thickness and grade of the zone there. This same hole, however, intersected a previously unknown gold zone revealing a grade of 2.54 g / t Au over 1.65 m including 4.62 g / t Au over 0.8 meter. The gold occurs in a strongly magnetic, highly silicified iron formation with the presence of chalcopyrite. The company also plans to verify the gold potential of the eastern sector.

The company realized a second phase of drilling in Q2 2022 targeting western extension of the Pike Nickel Zone. Results are expected in the coming weeks. The potential length of the nickel-bearing zone is now 9 kilometers across the property.

The 113 North project is located in the southeastern part of the Abitibi greenstone belt and is comprised of 59 claims totaling 3010 ha within a 6-to12-kilometer-wide band made up of volcano-sedimentary rocks located between the granodiorite-tonalite batholiths of Josselin and Montgay. The volcanic rocks of this group exhibit felsic, intermediate, and mafic compositions and are intersected by dunnite, gabbro and diorite dykes. Iron formations (sulfides and oxides) and clastic sedimentary rocks, such as greywackes and shales, are also present.

Gold, copper, nickel, platinum, and palladium showings were discovered in this geological environment near the project. The company plans to carry out a diamond drilling program of approximately 1,200 m this year.

The technical content of this press release has been reviewed and approved by Mr. Gilles Laverdière, P.Geo., an independent consulting geologist and a Qualified Person as defined in NI 43-101.

Mosaic Minerals Corp. is a Canadian mining exploration company listed on the Canadian Securities Exchange focusing on the exploration of strategic minerals in the territory of the province of Quebec.