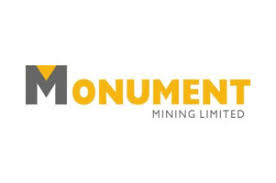 Monument Mining Limited (TSX-V: MMY) (FSE: D7Q1) is pleased to announce results of a 309m deep diamond drillhole with RC pre-collar at Alliance and New Alliance Deposit, one of three drilling programs carried out at the Burnakura Property announced on May 8, 2018. All three drill programs were completed in June 2018, assays have recently been received, and results of the remainder of the programs, including the NOA 7/8 Deep Exploration Program and the Burnakura Shallow Oxide Drilling Program are still being processed and yet to be released to the market.

Increased alteration intensity was logged at the end of hole, indicating increased fluid flow which is a common vector to mineralization. The potential for further repeat parallel mineralization lines will be investigated with a planned follow-up drilling.

An initial exploration target has been delineated based on the knowledge of current mineral resources together with the results of the new intersection in depth. (Figure 3)

Figure 3: ANA Oblique Plan demonstrating the location of 18RCDDH10 and the extents of the exploration target zone

Monument is encouraged and believes an extended mineralization can be delineated quickly with further drilling along this prospective BIF horizon in the exploration target zone. Monument is excited to follow up with further drilling to delineate what Monument believes to be a very simple and continuous high grade structure. A drill program is currently being developed to follow up on this opportunity, testing continuity of the known mineralization and possible repeats at depth.

The scientific and technical information in this press release has been prepared by Mark Lynch-Staunton, MCSM, MAIG, M.Sc Mining Geology; and supervised and approved by Roger Stangler, MEng, MAusIMM, MAIG, a Qualified Person as defined by NI43-101, both retained by Monument Mining Limited.

Monument Mining Limited is an established Canadian gold producer that owns and operates the Selinsing Gold Mine in Malaysia. Its experienced management team is committed to growth and is advancing several exploration and development projects including the Mengapur Copper-Iron Project, in Pahang State of Malaysia, and the Murchison Gold Projects comprising Burnakura, Gabanintha and Tuckanarra in the Murchison area of Western Australia. The Company employs approximately 190 people in both regions and is committed to the highest standards of environmental management, social responsibility, and health and safety for its employees and neighboring communities.