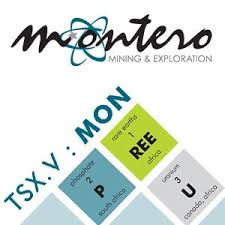 Montero Mining and Exploration Ltd. (TSX.V : MON) is pleased to advise that the Company has signed a non-binding Memorandum of Understanding with the Jiang Xi Yun Lithium Materials Company Limited of China for joint cooperation and development of lithium production in Africa.

The co-operation between the Parties under this MOU may take the following forms:

Montero Mining and Exploration’s President and CEO, Tony Harwood, commented that this is an exciting development for Montero. “Jiang Xi Yun Lithium is focused on the supply of battery grade lithium products to the electric vehicle market in China. Jiang Xi Yun Lithium has already made a significant investment in the development of lithium refining facilities in China and is continuing to expand these with a view to becoming a major supplier of lithium. It wishes to supplement its current supply with lithium from Africa which is the focus of our MOU. Jiang Xi is an ideal fit for Montero’s intention of becoming a lithium producer.”

Montero currently has options to acquire the Soris lithium-tantalum-tin Project, the UIS lithium-tin tailings Project, and EPL6162 in Namibia in order to prove up significant lithium resources. Lithium is a critical battery metal. Montero’s focus is to advance its Namibian assets while seeking partners to advance the balance of its assets. Montero other assets include the Wigu Hill Rare earth project in Tanzania and phosphate projects in South Africa. Montero trades on the TSX Venture Exchange under the symbol MON.