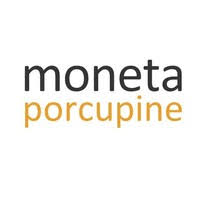 The placement increases Mr. Sprott’s shareholding to 27,870,455 shares, or 9.0% of the total shares outstanding.

Gary O’Connor, CEO and Chief Geologist stated “We are pleased to have the continued confidence of Eric Sprott as a strategic long-term investor in Moneta. In addition to a forthcoming resource estimate update at South West, these additional funds will allow us to expand and accelerate the drill program to test the resource expansion potential at the immediately adjacent deposits and test new zones of mineralization identified on our Golden Highway Project”.

The proceeds of the Flow Through Shares will be used to incur Canadian exploration expenditures that are “flow-through mining expenditures” (as such terms are defined in the Income Tax Act (Canada)) on the Company’s Golden Highway project, which will be renounced to the subscribers with an effective date no later than December 31, 2019, in the aggregate amount of not less than the total amount of the gross proceeds raised from the Flow Through Shares. The Placement is subject to a standard four month hold period and final regulatory approval. Paradigm Capital acted as Moneta’s financial advisor in connection with the Placement.

The Company holds a 100% interest in 6 core gold projects strategically located along the Destor-Porcupine Fault Zone in the Timmins Gold Camp with over 85 million ounces of past gold production. The projects consist of the Golden Highway, North Tisdale, Nighthawk Lake, DeSantis East, Kayorum and Denton projects. The Golden Highway Project covers 12 kilometres of prospective ground along the DPFZ of which 4 km hosts the current 43-101 mineral resource estimate comprised of an indicated resource of 383,400 ounces gold contained within 2.59 Mt @ 4.61 g/t Au and 873,200 ounces gold contained within 6.46 Mt @ 4.21 g/t Au in the inferred category reported at a 3.00 g/t Au cut-off.