Monarques Gold produces 4,932 ounces of gold and generates $9.8 million in revenue in its third quarter

Monarques Gold produces 4,932 ounces of gold and generates $9.8 million in revenue in its third quarter 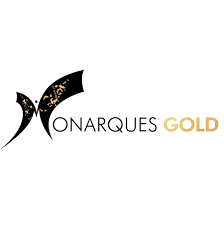 MONARQUES GOLD CORPORATION (TSX-V:MQR) (OTCMKTS:MRQRF) (FRANKFURT:MR7) is pleased to report its production results and other highlights for the third quarter ended March 31, 2018. Amounts are in Canadian dollars unless otherwise indicated.

A summary of the key projects that have been initiated since the start of the third quarter, as well as their timelines, is as follows:

“Our production results for the quarter were lower than we expected,” said Jean-Marc Lacoste, President and Chief Executive Officer of Monarques. “However, now that we have resolved the issues with the ore haulage equipment, the Beaufor Mine is back to producing at the same rate as in the previous quarter. We also foresee continued growth in our custom milling operations, which bodes well for the coming quarters. Our goal for the next quarters is still to increase production at the Camflo mill based on the Beaufor Mine ore and custom milling activities while cutting production costs. At the same time, we have started a number of projects since the beginning of the third quarter that should enable us to increase our gold resource and our production capacity.”

The technical and scientific content of this press release has been reviewed and approved by Marc-André Lavergne, P.Eng., the Corporation’s qualified person under National Instrument 43‑101.

Monarques Gold Corporation is an emerging gold producer focused on pursuing growth through its large portfolio of high-quality projects in the Abitibi mining camp in Quebec, Canada. The Corporation currently owns close to 300 km² of gold properties including the Beaufor Mine, the Croinor Gold, Wasamac, McKenzie Break and Swanson advanced projects, and the Camflo and Beacon mills, as well as six promising exploration projects. It also offers custom milling services out of its 1,600 tonne-per-day Camflo mill. Monarques enjoys a strong financial position and has more than 150 skilled employees who oversee its operating, development and exploration activities.