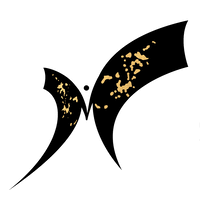 MONARQUES GOLD CORPORATION (TSX-V: MQR) (OTCMKTS: MRQRF) (FRANKFURT: MR7) is pleased to report additional assay results from the 2018 diamond drilling program at its wholly owned Croinor Gold project 50 kilometres east of Val-d’Or, Québec. The initial 20,000-metre program started in March 2018 and focused on the expansion and infilling of the Croinor Gold deposit. The program was completed in early September with a total of 19,935 metres of core drilled in 89 holes. Drilling continued with one rig on the property and a second drill was added on September 17 to drill an additional 8,300 metres before the winter freeze.

Near-mine exploration drilling has consistently returned positive results, with 8 of the 11 holes returning economic assays. Hole CR-18-653, drilled 41 metres up plunge from the nearest planned stope, returned 22.00 g/t Au over 1.1 metres, indicating that the gold system is still open to the west. Hole CR-18-649 is a down dip hole drilled into the host diorite to test the deposit at depth and returned 9.59 g/t Au over 1.0 metre, indicating that the deposit is still open at depth.

“We continue to be impressed by these high-grade results on Croinor Gold, which prompted us to drill an additional 8,300 metres,” said Jean-Marc Lacoste, President and Chief Executive Officer of Monarques. “The success of our 2018 drilling program also shows that we have a better understanding of the deposit. This supplementary 8,300-metre drilling program is designed to pass between the planned stopes, where there are no drill results, to increase the tonnage in the Croinor Gold deposit before mining starts, and to drill around the periphery of the deposit to follow up on positive assay results to extend the resource to the west, where it is still open. As I have said before, we believe that the Croinor Gold discovery potential remains essentially untapped.”

Sampling normally consists of sawing the core into two equal halves along its main axis and shipping one of the halves to the ALS Minerals laboratory in Val-d’Or for assaying. The samples are crushed, pulverized and assayed by fire assay with atomic absorption finish. Results exceeding 3.0 g/t are re-assayed using the gravity method, and samples containing gold grains are assayed using the metallic sieve method. Monarques uses a comprehensive QA/QC protocol, including the insertion of standards, blanks and duplicates.

The technical and scientific content of this press release has been reviewed and approved by Ronald G. Leber, P.Geo., the Corporation’s qualified person under National Instrument 43-101.

Monarques Gold Corporation is an emerging gold mining company focused on pursuing growth through its large portfolio of high-quality projects in the Abitibi mining camp in Quebec, Canada. The Corporation currently owns close to 300 km² of gold properties, including the Wasamac deposit (measured and indicated resource of 2.6 million ounces of gold), the Beaufor Mine, the Croinor Gold, McKenzie Break and Swanson advanced projects and the Camflo and Beacon mills, as well as five promising exploration projects. It also offers custom milling services out of its 1,600 tonne-per-day Camflo mill.