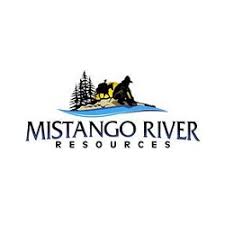 The Company did not file a material change report more than 21 days before the expected closing of the private placement as the details of the private placement and the participation therein by related parties of the Company were not settled until shortly prior to closing and the Company wished to close on an expedited basis for sound business reasons and in a timeframe consistent with usual market practices for transactions of this nature.

Mistango is a Canadian-based exploration and development company focusing on its Eby-Baldwin and Omega Mine projects near Kirkland Lake, Ontario.