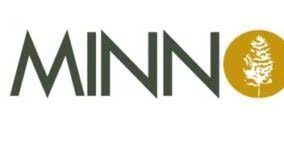 Minnova Corp. (TSX-V: MCI) (OTC: AGRDF)  an advanced-stage mining exploration and gold development company focused on the advancement and re-start of our 100% owned PL Gold Mine in central Manitoba is pleased to announce initial positive results from its Winter 2017 PL Mine resource expansion and on-strike exploration drilling program.

Full and partial assay results have now been received for 13 of the 17 diamond drill holes completed as part of a 2,095 meter drilling program. See Table 1 for details on assay results received to date.

The PL Deposit consists of multiple, stacked shear zones trending northwest-southeast and currently defined in drill core over a strike length of approximately 1 kilometer. The deposit remains open to expansion along strike and down dip. The expansion and exploration drilling program was designed to target the shallow, on-strike extension of the gold mineralized share zones in areas of newly discovered showings (see our press release describing new gold showings discovered during summer 2017 field program dated August 24, 2017) between surface (the resource sub-crops) and -100 meters vertical; with a goal of demonstrating the expansion potential of the current PL Gold resource.

Gorden Glenn, CEO commented, “Initial results from our expansion and on-strike exploration program confirmed much of our interpretation, that the gold mineralized shear zones extend beyond the limits of the current PL Deposit resource and the portion of the Feasibility Study mine block model, that is targeted for test mining and the early years of production. This bodes well for future resource estimates. We are encouraged by the combination of high gold grades and multiple intercepts per hole, all of which occur at shallow depths. Results to date continue to enhance our geological model and our confidence that with more drilling we can successfully test the resource expansion potential of the PL Deposit.”

All samples were sawn and separated with one half being returned to the core box for reference and the other being bagged in a plastic sample bag which was labeled, tagged, documented and sealed. All core samples were placed in labelled rice sacks and sealed with a security zip-tie. Samples were delivered to Activation Laboratories Ltd. in Thunder Bay Ontario. Receipt of the samples was signed off at the preparation lab and was tracked by the Company. Pulps of each sample were prepared and followed by fire assay and gravimetric analysis, if required. A QA/QC program including the regular insertion by the Company of duplicates, blanks and standards was instituted.

Sample lengths varied according to geology and mineralization with quartz veins regularly sampled.

Mine re-start plans including an underground test mining and bulk sampling program are progressing in parallel to discussions with various mining project finance groups. Minnova holds a valid Environment Act License No. 1207E permit for underground mining operations and anticipates it could re-start operations within 12 to 18 months of putting project finance in place.

The Company believes there are opportunities to further improve the economics of the PL Gold Mine through continued exploration, resource expansion, capital cost reductions and optimization initiatives in the 1,000 tpd PL mill.

Minnova Corp. is an emerging Canadian gold producer focused on re-starting the PL Gold Mine and expanding gold resources on its PL and Nokomis gold deposits. The Company has completed a Positive Feasibility Study in support of re-starting the PL Mine at an average annual production rate of 46,493 ounces over a minimum 5 year mine life. The resource remains open to expansion and future surface exploration work programs will target resource expansion. The PL Gold Mine has a relatively short pre-production timeline forecast at 15 months, benefits from a valid underground mining permit (Environment Act 1207E), an existing processing plant, over 7,000 meters of developed underground ramp to -135 metres depth, is fully road accessible and close to existing mining infrastructure in the prolific Flin Flon — Snow Lake Greenstone Belt of Central Manitoba.

Mr. Chris Buchanan, M. Sc., P. Geo., a consultant of the Company and a “Qualified Person” under National Instrument 43-101, has reviewed and approved the scientific and technical information in this press release.