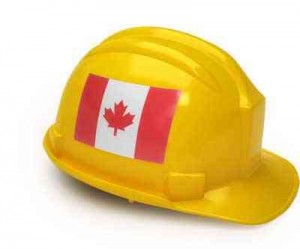 The Mining Association of Canada (MAC) and its members expressed their support for the coming into force of the Extractive Sector Transparency Measures Act. Today’s announcement fulfills Prime Minister Harper’s commitment from June 2013 to enact such transparency legislation within two years.

“This legislation places Canada at the forefront of international efforts to eliminate corruption and promote transparency. The Mining Association of Canada and its members are proud to have played an active role in collaboration with the Government of Canada and civil society in the promotion and design of this important legislation,” said Pierre Gratton, President and CEO, MAC.

The Canadian mining industry has been a strong supporter of transparency. From 2012 to 2014, MAC and fellow members of the Resource Revenue Transparency Working Group (RRTWG)—the Prospectors & Developers Association of Canada, Publish What You Pay-Canada and the Natural Resource Governance Institute—developed recommendations for Canadian governments and advocated for Canada to join the global transparency movement by making payment disclosure mandatory through legislation. The Extractive Sector Transparency Measures Act, tabled in late 2014, is largely consistent with the RRTWG’s recommendations. As a result of the legislation, all Canadian mining companies will be required to publicly disclose the financial payments they make to governments both in Canada and overseas. The enhanced transparency that will result from this legislation will help reduce instances of corruption by enabling citizens around the world to hold their governments accountable for how they allocate and spend mining revenues. It will also help to ensure that these revenues contribute to sustainable development and poverty reduction.

MAC and its members, along with other members of the RRTWG, are heavily engaged in consultations with the Government of Canada on the development of guidance that will support companies’ disclosure obligations. MAC is also committed to working on the next phase of this legislation, in which disclosure of payments will be extended to include those made to Aboriginal governments.

The Mining Association of Canada is the national organization for the Canadian mining industry. Its members account for most of Canada’s production of base and precious metals, uranium, diamonds, metallurgical coal, mined oil sands and industrial minerals and are actively engaged in mineral exploration, mining, smelting, refining and semi-fabrication.