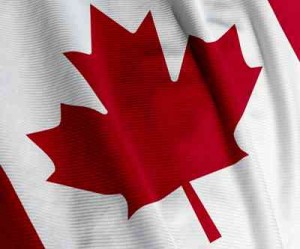 This document represents over nine months of collaborative efforts by the Working Group whose members are the Mining Association of Canada, the Prospectors & Developers Association of Canada, Publish What You Pay-Canada and the Revenue Watch Institute. Consultations have been held across Canada with industry, civil society, government officials and experts to develop draft recommendations that reflect not only the desire to improve the management of revenues derived from mining activities, but also the unique Canadian regulatory environment.

“The Canadian mining industry is fully committed to improving transparency in a way that aligns with global standards.  Today’s launch of the draft framework, which was developed hand-in-hand with our civil society partners, is an important step forward to help reduce corruption and build governance capacity, while showcasing the positive contributions we make to the countries where we operate,” stated Pierre Gratton, the Mining Association of Canada’s President and CEO.

Transparency is a critical tool for ensuring the more than one billion people in resource-rich countries reap the full benefits of their natural resources. Mandatory reporting standards require operating companies to publish the amounts they pay to governments, disclosures that give citizens the information they need to hold their governments accountable for the use of resource revenues.

In the U.S., disclosure requirements were passed in 2010 under section 1504 of the Dodd-Frank Act, which compels publicly-listed companies to report on a country-by-country and per project basis. This week, the EU Parliament has passed similar legislation which also applies to large, private companies and forestry.

Approximately 60 per cent of the world’s mining companies are registered in Canada, and more than 1,000 Canadian exploration companies are active in 100 countries – most of which have their only public listing in Canada. Canadian stock exchanges, the Toronto Stock Exchange (TSX) and TSX Venture in particular, host the lion’s share of the total global value of mining sector market capitalization, and mining equity capital raised.

The Resource Revenue Transparency Working Group looks forward to obtaining additional feedback from a broad range of stakeholders and governments on the draft recommendations with a view to finalizing recommendations in the fall.

The draft recommendations and a background document can be found at the following websites:

About the Working Group Members

The Mining Association of Canada is the national organization for the Canadian mining industry.  Its members account for most of Canada’s production of base and precious metals, uranium, diamonds, metallurgical coal, mined oil sands and industrial minerals and are actively engaged in mineral exploration, mining, smelting, refining and semi-fabrication. www.mining.ca.

The Prospectors and Developers Association of Canada (PDAC) is a national association representing over 10,000 individual and corporate members. The PDAC encourages the highest standards of technical, environmental, safety and social practices in Canada and internationally. www.pdac.ca

The Revenue Watch Institute is an international non-profit policy institute that promotes the effective, transparent and accountable management of oil, gas and mineral resources for the public good: www.revenuewatch.org

PWYP-Canada is the Canadian coalition of Publish What You Pay, a global network of over 650 civil society organizations united in their call for oil, gas and mining revenues to form the basis for development and improve the lives of citizens in resource-rich countries: www.pwyp.ca www.publishwhatyoupay.org