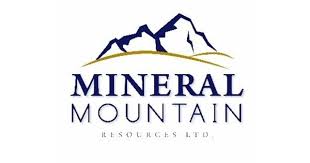 Mineral Mountain Resources Ltd. (TSX-V: MMV) (OTCQB: MNRLF) (FRANKFURT: M8M) is pleased to announce that the Company has entered into an agreement with an international Private Investment Fund  to raise $6 Million USD (Cdn$7,740,000 at an exchange rate of 1.29) dedicated principally to drilling the Company’s 100%-owned, fully permitted Standby Mine gold system located in the Rochford Gold District in the Black Hills of South Dakota, USA. In addition to the $6 million USD the Company intends on raising a further Cdn$200,000 for a total financing of Cdn$7,940,000.  The Financing will consist of up to 113,428,571 units with each Unit comprised of one common share and one common share purchase warrant exercisable at a price of $0.15 for six months from the date of issuance.  The Financing is expected to close in two tranches: a) the first tranche of Cdn$600,000  within a few weeks; and b) a second tranche for the remaining Cdn$7,340,000 upon the Company obtaining shareholder approval for the Second Tranche at a special meeting of shareholders expected to take place in late September or early October.   Shareholder approval will be required for the Second Tranche as a result of the Fund’s investment becoming a control block as that term is defined within TSX Venture Exchange policies.

The proceeds are to be used primarily to fund a 9,000-metre drill program at the Company’s largest and most advanced gold projects in the Rochford District of South Dakota. Preparations for this drill program are currently underway.

All geologic, geophysical and drill results to date suggest a Homestake ledge-type target exists at Standby and is potentially of large scale. Mineral Mountain’s goal is to extend the Standby Mine gold mineralization down-plunge through systematic step-out drilling along strike and down-plunge in the Upper Tail to discover an Ore Centroid at depth.

Approximately 50,000-60,000 tons of ore were mined historically from the Standby Mine before 1950, mostly from oxidized ores in four large open cuts connected by underground workings to a maximum depth of 130 meters. Historic outcrop surface sampling from the walls and rim of the open cuts averaged 9.1 m @ 10 g/t Au with grab samples up to 38 g/t Au. A shaft was sunk to the 130 m (425- ft) level and underground channel sampling assayed 10.1 m @ 6.0 g/t Au. Historical drilling at the Standby Mine consists of 16,360 m (53,677 ft) across 45 core holes, all in the Upper Tail mineralization. MMV’s two previous core drilling campaigns between 2018 and 2020 was successful in extending known gold mineralization from the bottom of the historic Standby Mine workings from 130 meters below surface to a total plunge length of 850 meters.

Mineral Mountain’s proposed drilling program in the Rochford District will focus on the Standby Mine Target and is fully permitted for drilling, subject to this proposed financing and COVID-19 restrictions. The 9,000-meter drilling program as currently constituted will be focused on three target areas in general: 1) Several additional holes around MMV hole ST18-006, which cut 43.5 m @ 1.21 g/t Au including several higher-grade internal zones such as 2.5 m @ 4.39 g/t Au and 1.50 m @ 5.24 g/t Au. This hole was near historic drill hole BLG-UG-03 that cut 25.91 m @ 3.19 g/t Au. These intercepts were 100-150 m below surface and represent the opportunity to outline a near-surface high-grade ore shoot in the Upper Tail environment.

A series of proposed holes to intersect the same depth interval cut by historic Homestake Mining Co. drilling in the SM-86 and SM-87 holes thought to be the upper parts of the Standby Ore Centroid. These historic holes represent a significant step-out along strike and down-plunge from the Standby Mine and the deepest historic exploration work performed at the Standby Target Trend (1,000 and 1,800 m down-plunge from surface respectively). These results were highly encouraging, including 3.05 m @ 10.23 g/t Au. These two holes potentially intersected the crucial Upper Tail-Ore Centroid transition and need to be replicated by MMV and further tested with systematic step-out drilling to confirm internally consistent high-grade gold is present.

Jeff Hrncir, M.Sc., the Company’s chief geologist commented “Confirming the existence of an Ore Centroid at Standby would be a game-changing discovery for Mineral Mountain Resources and set the stage for future resource delineation drilling”

The technical information in this news release has been reviewed and approved by Nelson W. Baker, P.Eng. in Ontario since 1984, a “Qualified Person” under National Instrument 43-101 guidelines and President and CEO of Mineral Mountain Resources Ltd.