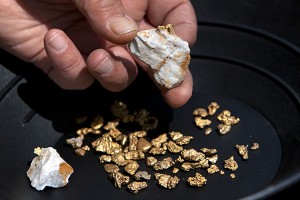 Mineral Mountain Resources Ltd. (TSX-V:MMV) is pleased to announce that it has closed, subject to final TSX Venture Exchange approval, a non-brokered private placement announced on August 16, 2016 and September 13, 2016. The Company completed the sale of 2,620,000 units of the Company at a price of $0.40 per unit for gross proceeds of C$1,048,000. Each Unit consists of one common share and one non-transferable share purchase warrant, each warrant is exercisable into one additional common share at a price of $0.60 for the first year from the date if issue and $0.90 during the second year from the date of issue.

In connection with the Private Placement, the Company will pay a finder’s fee to eligible arm’s-length finders a cash placement fee of 6% and 6% in Finders Warrants both calculated on the gross proceeds made by purchasers introduced by such finder. Each Finder’s Warrant is exercisable into one common share at a price of $0.60 for the first year from the date of issue and $0.90 during the second year from the date of issue. In total, the Company will pay C$33,240 in cash and will issue 83,100 Finders’ Warrants.All securities issued under the Private Placement are subject to a hold period of four months from the closing date. The proceeds raised from the Private Placement will be used by the Company for continued land assembly in the Rochford area and general working capital purposes.

Mineral Mountain Resources Ltd., through its wholly owned subsidiary Mineral Mountain Resources (SD) Inc., is focused on the systematic exploration using modern methods and, if warranted, the development of its 100%-owned Rochford Gold Project situated a short distance from the highly prospective Homestake Mine within the same Belt located in the Black Hills of South Dakota, U.S.A. The Rochford Project, which is continuously expanding, covers approximately 5,500 acres and straddles several bands of auriferous iron formation over a 9 km strike length and across a 4 km stratigraphic width. The Rochford Gold District geologically is remarkably similar to the Homestake Mine and largely under-explored.

The Rochford Project is located near Rapid City where it is easily accessed by a network of roads and has hydro-electricity and modern internet services to the drill sites. As well, the area offers a skilled labor force and is one of the lowest cost exploration areas in the United States. South Dakota has a low political risk and embraces responsible mineral development.