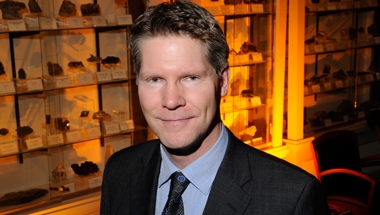 “The launch of the online permitting process is a positive initiative towards obtaining a permit for exploration programs in a more efficient and effective manner,” said Gavin C. Dirom, President & CEO of AME BC. “We appreciate government’s clear commitment to make steady improvements. As with anything new, members of AME BC look forward to providing further feedback to assist government in improving the process even more. By using this new online system we are optimistic that our members will have their permit applications reviewed in a more timely way so that they can re-focus their time and money on discovering mineral deposits that can be developed safely for the socio-economic benefit of all British Columbians.”

FrontCounter BC is an online service for exploration companies that allows users to obtain their necessary permitting through a one-window approach. “As accessing information online has become so prevalent in the mineral exploration and development industry, there is now a golden opportunity to upgrade the MapPlace and Mineral Titles Online systems to complement the FrontCounter BC initiative,” added Dirom.

“The provincial government has made good on its promise to improve the mineral exploration permitting process and exempt certain low-impact activities from requiring further Mines Act permits where one has already been granted. AME BC sees this as a first step to exempting other low impact activities, such as using temporary campsites or conducting grassroots exploration work on brownfield sites. We look forward to working with government, First Nations and stakeholders on such progressive changes,” said Michael McPhie, Chair of the Board of AME BC.

AME BC is the lead association for the mineral exploration and development industry based in British Columbia. Established in 1912, AME BC represents, advocates, protects and promotes the interests of thousands of members who are engaged in mineral exploration and development in B.C. and throughout the world. AME BC encourages a safe, economically strong and environmentally responsible industry by providing clear initiatives, policies, events and tools to support its membership.