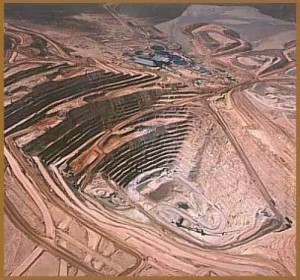 Minera IRL Limited (TSX:IRL) (AIM:MIRL) (BVLAC:MIRL), the Latin America gold mining company, is pleased to announce that the Peruvian Ministry of Mines and Energy has approved the Environmental and Social Impact Assessment  for the Ollachea Gold Project. The approval of the ESIA is the key government approval required to advance the Ollachea Gold Project towards the construction phase.

“We are delighted to have received approval of our ESIA report for Ollachea, a major milestone toward production”, said Courtney Chamberlain, Executive Chairman of Minera IRL.

“We wish to acknowledge the government authorities’ outstanding attention to rapidly facilitating the ESIA process,” said Diego Benavides, President of Minera IRL S.A. “We also thank the Community of Ollachea, our true partners in the project, for their unwavering support.”

The approval of the ESIA is the key approval required from the Government of Peru to advance a mining project towards the construction phase.

Minera IRL submitted the ESIA for the Ollachea Gold Project to the MEM in December 2012. The report was the culmination of over three years of environmental baseline studies, the definitive feasibility study, archaeological studies, water management plan, flora and fauna studies, social baseline studies and comprehensive community public consultations. Additionally, the ESIA was overwhelmingly endorsed by the Community of Ollachea earlier in the year, and is further supported by a 30-year surface rights agreement with the community.

With government approval of the ESIA, the Company will now focus its efforts to obtain the Construction Permit for the Ollachea Gold Mine, which management expects to receive in the first quarter of 2014. In parallel with these permitting activities, the Company continues to advance project financing negotiations, which are expected to be substantially complete near the end of 2013.

The Company expects to commence construction activities in 2014 and bring the mine into production in 2015.

The Ollachea orogenic gold deposit, located in southern Peru, was discovered by Minera IRL in late 2008 after acquiring the property from Rio Tinto in 2006. Since that time, the Company has completed more than 81,000 metres of diamond drilling in 208 holes, resulting in the delineation of significant mineral resources and reserves at Ollachea.

In November 2012, the Company completed a Definitive Feasibility Study that demonstrated a robust underground mining operation with Probable Mineral Reserves of 9.3 million tonnes grading 3.4 g/t gold containing 1.0 million ounces. The Ollachea DFS has scheduled production of more than 920,000 ounces over an initial nine-year mine life at an average site cash operating cost of $499 per ounce of gold produced.

The capital cost projected in the DFS to construct the mine is $177.5 million. The after-tax net present value, using a base case gold price of $1,300 per ounce and a 7% discount rate, is $155 million, with an after-tax internal rate of return of 22%. The payback period was projected to be less than 4 years.

Minera IRL Limited is the AIM traded, TSX and BVL listed holding company of precious metals mining and exploration companies focused in Latin America. Minera IRL is led by an experienced senior management team with extensive industry experience, particularly operating in South America. The Group operates the Corihuarmi Gold Mine and the advanced gold projects Ollachea in Peru and Don Nicolas in Argentina.