Minaurum Gold, Inc., (TSX-V: MGG) is pleased to announce the discovery of three new veins (Pulpito, Cotera and Ana) that lie within four recently acquired concessions internal to its 100% owned Alamos Silver Project in Mexico. All three veins were found through a district-scale reconnaissance mapping and sampling program triggered by the discovery of wide, high-grade mineralization (8.25 m of 1760 g/t Silver) outside of the historically mined part of the district (See News Release dated January 18, 2018).

“Since Hole 7 confirmed that high-grade silver mineralization is present in virgin veins outside of the historically mined areas at Alamos, we have focused our exploration on discovering and sampling more such veins farther afield in the district,” stated Darrell Rader, President and CEO of Minaurum. “We are excited to find three new veins carrying high silver grades in our newly acquired claims and continue to seek others throughout our project. While we wait for permits for an aggressively expanded drill program, we look forward to updating the market with our ongoing exploration results.”

The Pulpito and Cotera veins are primarily hosted on the newly acquired and contiguous Túnel del Agua and Ampliación Túnel del Agua concessions. The concessions cover 32 hectares in the northern part of the project area (Figure 2), about 1 km to the west of the Minas Nuevas vein zone (see News Release dated November 3, 2017). The veins are hosted by andesite, strike NNW (Púlpito) to NNE (Cotera), and dip steeply. Both are vein swarms or vein breccias up to 1-2 m wide that saw limited production from shallow shafts and adits prior to the 1910-1920 Mexican Revolution. The presence of chalcedonic quartz suggests that the vein systems are exposed at high structural levels and that there is significant potential for them to transition into more substantial veins at depth in the manner seen in the Europa-Guadalupe vein (referred to as the Europa-Palomas vein in the News Release dated May 24, 2017). 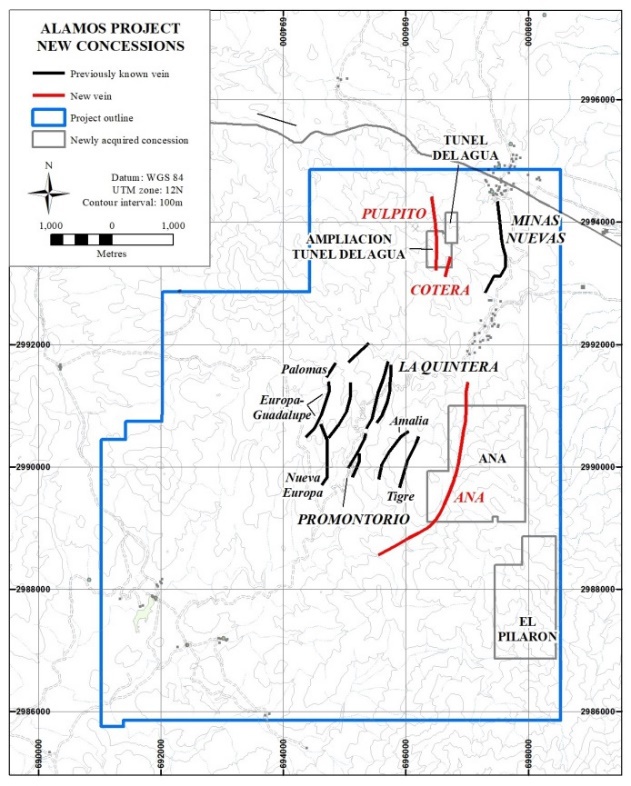 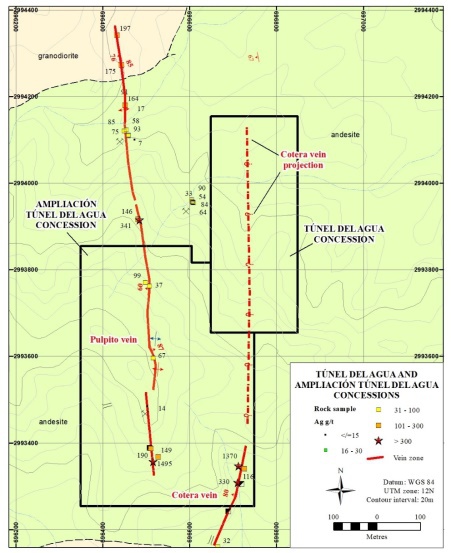 The Ana vein is located on the newly acquired Ana concession. The Ana and El Pilarón concessions cover 435 hectares in the eastern part of Minaurum’s claim package (Figures 1 and 3). The Ana vein lies in a fault between limestone on the east side and down-dropped andesite on the west side, indicating displacements similar to those where significant mineralization occurs at depth at the La Quintera, Promontorio, and Europa-Guadalupe veins. Preliminary geochemical sampling of the vein zone has yielded assays up to 24 g/t Ag.

Reconnaissance mapping shows that the El Pilarón concession is underlain by felsic lithic tuff and quartz monzonite. It is the subject of active detailed mapping and sampling. 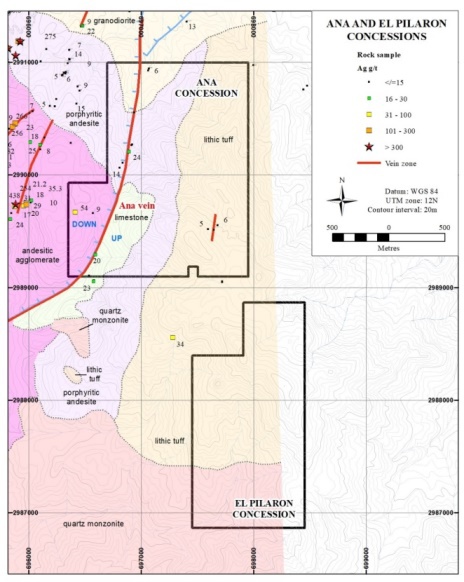 Minaurum Gold Inc. is a Mexico-focused explorer concentrating on the high-grade Alamos Silver project in southern Sonora State. With a property portfolio encompassing multiple additional district-scale projects, Minaurum is managed by one of the strongest technical and finance teams in Mexico. Minaurum’s goal is to continue its founders’ legacy of creating shareholder value by making district-scale mineral discoveries and executing accretive mining transactions.