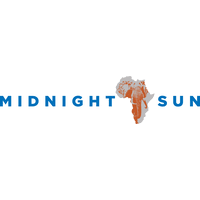 Midnight Sun Mining Corp. (TSX-V: MMA) is pleased to report the Company has entered into an earn-in and joint venture agreement with Rio Tinto Mining and Exploration Limited  in which Rio Tinto can earn up to a 75% interest in the Solwezi Licences.

“I am excited to be partnering with one of the preeminent leaders in the mining industry,” stated the Company’s Acting CEO, Al Fabbro. “Rio Tinto’s enthusiasm towards the Solwezi Licences reflects my own. Their expertise combined with their aggressive exploration plans are precisely want I want to see for this project.”

The earn-in and joint venture agreement remains subject to TSX Venture Exchange approval as well as customary conditions and contains representations, warranties, covenants and indemnities as are typical for agreements of this nature.