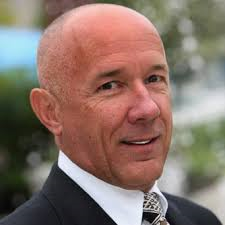 Last week I opined that the State of Nevada is the world’s preferred destination for gold exploration companies and listed numerous reasons why that is (Mercenary Musing, January 29, 2018).

Those who acted on my first missive two months ago also own shares of its parent company, Columbus Gold Corp (CGT.T; CGTFF.OTCQX). At the time, I suggested waiting for the stock to settle back into its previous trading range for a buying opportunity, and it indeed did that during early January. Columbus Gold is a well-established junior explorer and developer with 45% ownership of the Montagne d’Or project in French Guiana, with proven and probable reserves of 2.75 million ounces of gold.

Allegiant Gold Ltd owns 14 drill-ready projects in the Western United States with 11 of those in Nevada. These projects have been assembled by Cordex Exploration, a private company that has exclusively prospected, acquired, and explored on behalf of Columbus Gold for the past 10 years.

Cordex is led by Andy Wallace. The Cordex team of experienced exploration geologists has an unparalleled track record of discovery in Nevada that spans more than four decades and includes eight gold mines. Andy is also the CEO of Allegiant.

AUAU plans to drill ten of its projects in the next 12 months. I toured two of them in early December along with Cordex geologists and fellow newsletter writers. Here’s our group on a raw winter day: 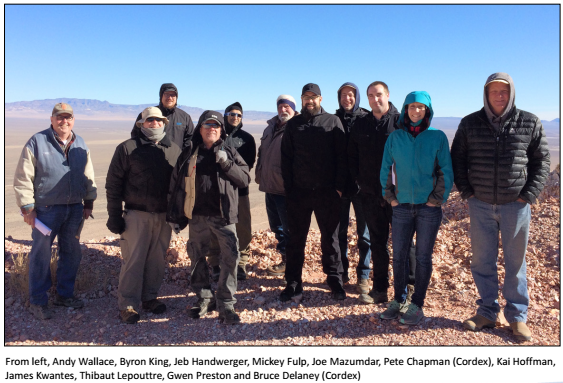 AUAU is currently drilling at its 100% owned flagship Eastside project located 32 km west of Tonopah, Nevada. The company’s land position begins just north of highway 95 and at 67 sq km, covers nearly the entire district to the north. A large power line passes thru the property.

Eastside is an epithermal gold-silver deposit exposed on the east flank of the Monte Cristo Range. High-level alteration is evident along much of the range front and most of this huge system has never been drill-tested. There are also shallow targets covered by a veneer of pediment gravels: 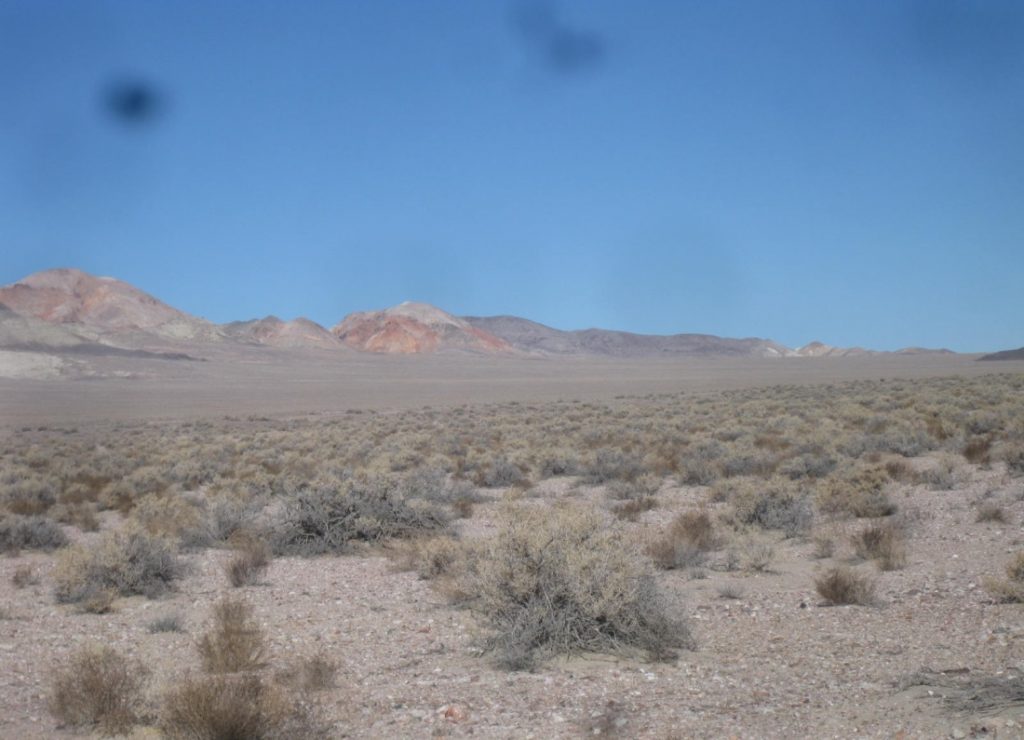 The Original Zone at Eastside hosts a pit-constrained inferred resource of 35.8 million tonnes grading 0.63 g/t Au-eq for 721,000 contained ounces; it remains open to the south, west, and at depth and possibly to the north and east. The drill program is focused on in-pit rock on the south and west that has never been tested and is currently classified as waste and also step-outs in those directions under cover. AUAU expects a significant increase in the Original Zone resource base after this round of drilling.

There are another 10 targets identified on the project that also includes a historical resource of 272,000 ounces of gold and the Boss mine with 30,000 ounces of past gold production: 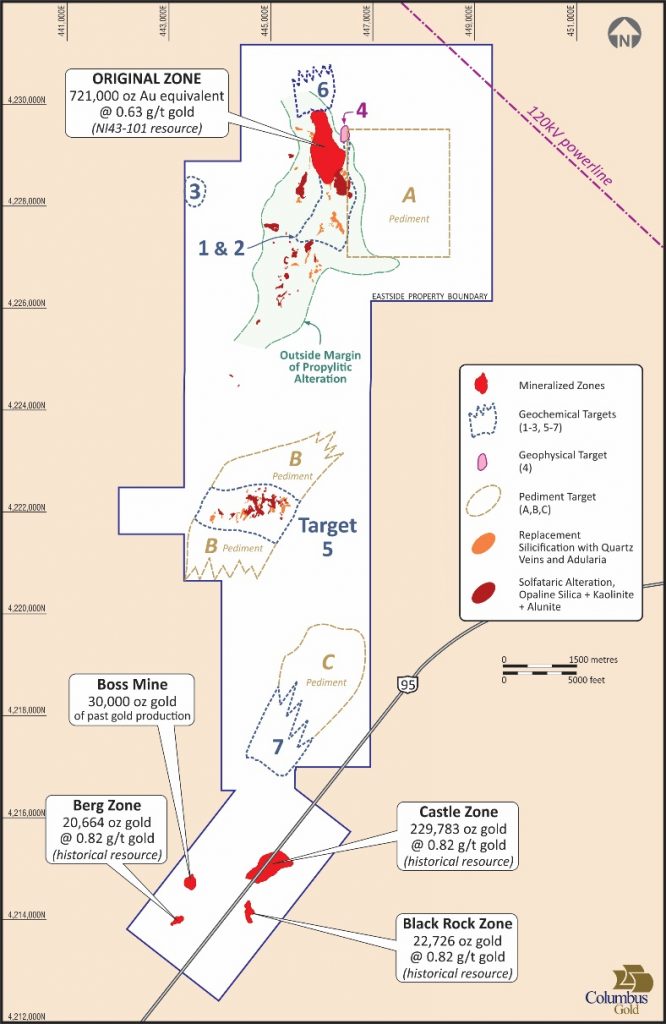 Gold is contained in multiple high-angle fault zones marked by jasperoids and spreads out into sedimentary host rocks favorable for Carlin-type mineralization. Here is one of the numerous fault-associated jasperoids exposed on the surface: 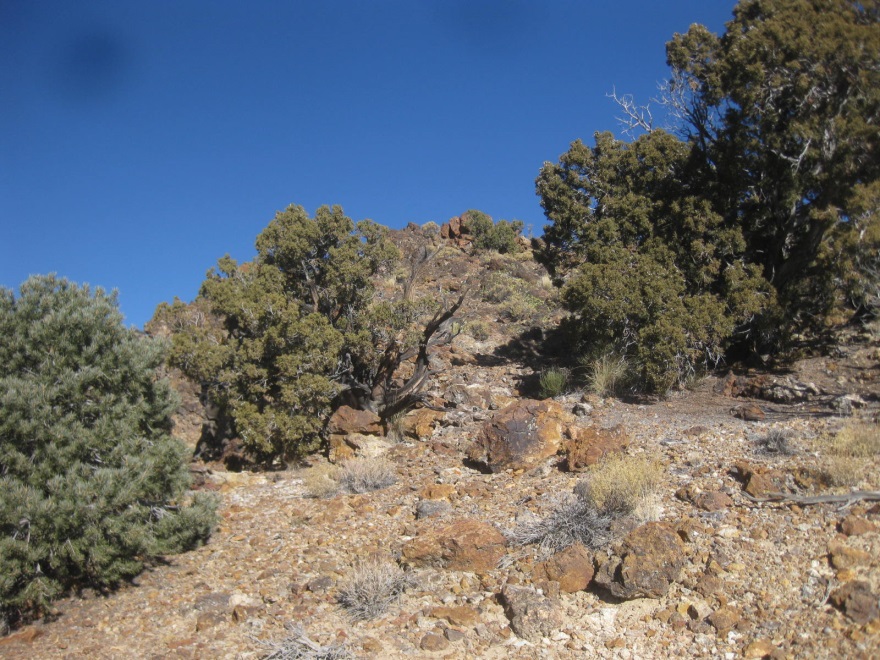 A company update on the Bolo project was released this week and included results from the recent 14-hole reverse circulation drill program. Eleven of these holes were on a footwall target on the Uncle Sam patented claim and returned intercepts that included 19.8 m of 0.97 g/t Au, 33.5 m of 0.96 g/t Au, and 57.9 metres of 41.1 g/t Ag.

Recent geological mapping and drill results indicate that the best mineralization at Bolo is associated with northeast-trending cross faults along the two main structural zones; those targets will be the focus of drilling going forward. This map shows the major structures, cross-faults, drill holes, and target zones: 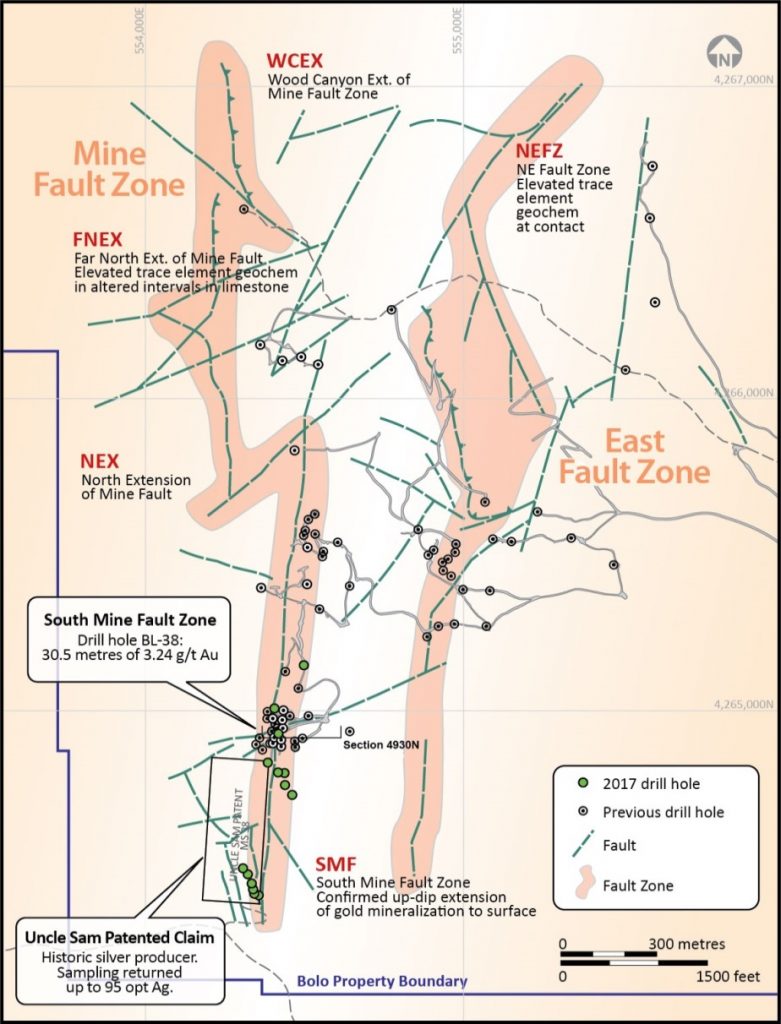 Allegiant Gold Ltd has 46.7 million shares outstanding and 58.6 million fully diluted including 7.3 million warrants at $1.00 that expire in late January 2020 and 4.7 million options at 60 cents that expire in 2023. Columbus Gold holds 11% and institutions control 40%.

Management and insider holdings for Allegiant Gold have yet to be posted on SEDI. Suffice it to say, management and insiders have significant holdings from the spin-out dividend. In addition to their original holdings, most also received additional exposure to AUAU by exercising Columbus Gold options in late November.

The retail float is substantial and held by approximately 6000 shareholders.

Allegiant has traded for eight days with a low of 47 cents and a high of 75 cents on volume averaging about 62,000 shares per day on the combined exchanges. Given today’s close of 51 cents, market capitalization is about $24 million. The current cash position is $3.0 million. 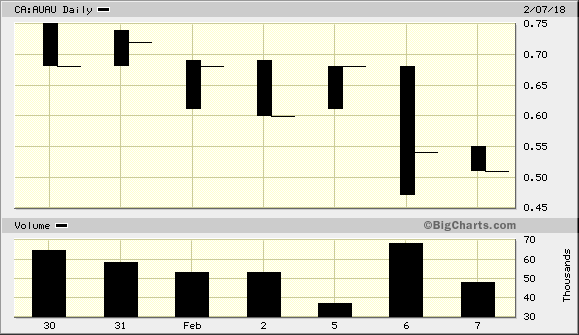 Allegiant Gold has an OTCQX  listing and trades under the symbol AUXXF. With about 4000 US-based shareholders, that should raise its profile, its ability to promote, and result in increased volumes south of the border. Trading volumes also should pick up as exploration drilling begins in earnest this spring.

Allegiant has an aggressive exploration program planned for 2018. With $3.0 million in the treasury, it will be doing a raise soon. With a much improved gold price and positive drill results expected from Eastside, management hopes to raise money at a premium to the initial financing last fall.

The aforementioned management is experienced and the company has a strong Board of Directors. Ex-investment banker and current mining company executive Robert Giustra is Chairman of the Board, geologist Andy Wallace is CEO, and Blaine Monaghan is VP of Corporate Development. Directors include Russell Ball, former CFO of both Goldcorp and Newmont, and Norm Picher, ex-President of Eldorado Gold.

In anticipation of the spinout dividend, I picked up shares in Columbus Gold in early October. I also participated in the Allegiant Gold private placement at 60 cents that was also available to my accredited subscribers who expressed interest. In addition, Allegiant is a sponsor of this website.

Therefore, my opinions are strongly influenced by financial involvement with the company.

Before speculating in any junior resource company, you must perform thorough research to assess its various risks, potential rewards, and suitability for your specific portfolio.

Disclaimer and Notice: I am a shareholder of Allegiant Gold Ltd and it pays a fee of $4000 per month as a sponsor of this website. I am not a certified financial analyst, broker, or professional qualified to offer investment advice. Nothing in any report, commentary, this website, interview, and other content constitutes or can be construed as investment advice or an offer or solicitation or advice to buy or sell stock or any asset or investment. All of my presentations should be considered an opinion and my opinions may be based upon information obtained from research of public documents and content available on the company’s website, regulatory filings, various stock exchange websites, and stock information services, through discussions with company representatives, agents, other professionals and investors, and field visits. My opinions are based upon information believed to be accurate and reliable, but my opinions are not guaranteed or implied to be so. The opinions presented may not be complete or correct; all information is provided without any legal responsibility or obligation to provide future updates. I accept no responsibility and no liability, whatsoever, for any direct, indirect, special, punitive, or consequential damages or loss arising from the use of my opinions or information . The information contained in a report, commentary, this website, interview, and other content is subject to change without notice, may become outdated, and may not be updated. A report, commentary, this website, interview, and other content reflect my personal opinions and views and nothing more. All content of this website is subject to international copyright protection and no part or portion of this website, report, commentary, interview, and other content may be altered, reproduced, copied, emailed, faxed, or distributed in any form without the express written consent of Michael S. (Mickey) Fulp, MercenaryGeologist.com LLC.