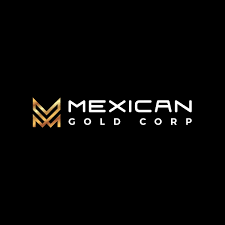 Mexican Gold Mining Corp. (TSX-V: MEX) is pleased to announce further assay results from the 2020 drilling program. So far, 52 holes have been drilled for 8,075m. The vast majority of the drilling has been targeting various potential extension zones at the El Dorado resource, which remains open in several directions.

“Drilling at El Dorado continues to expand tonnage, which is still open in several directions,” stated Philip O’Neill, Chief Executive Officer. “We believe that the drilling to date is likely to significantly increase tonnage in a future resource estimate while also providing the basis for a Preliminary Economic Assessment.”

Table 1: Assay Results from the 2020 Drill Program at Las Minas

The AuEq grade is calculated using the following formula:

This formula is based on prices of US$1,300.00 per ounce gold, US$16.00 per ounce silver, and US$2.75 per pound copper. Metal recoveries were not included in the equivalency calculation since the metallurgical studies completed to date indicate a recovery of 89 per cent for gold, 84 per cent for silver and 95 per cent for copper.

The dike contact zones at Las Minas consist of mineralization within structures related to sub-vertical diorite-marble contacts, and thickened, enriched ore shoots formed where the DC zones meets the flat-lying El Dorado zone. Each has a distinct mineralization style. The WDC zone ore shoot is notably the richest part of the Las Minas deposits and it was incorrectly thought to be fully defined previous to this drilling. The tabular, vertical portion of the WDC zone south of section 8025N was essentially theoretical, with very little drilling until Q3-Q4 2020.

LM-20-ED-69 intersected 32m of 4.56 g/t AuEq and 13m of 6.39 g/t AuEq. This hole unexpectedly increased the width of the ED zone/southern WDC ore shoot by 150% from 40m to 100m on cross section 7825N. Local geology suggests that this intersection may represent a newly discovered DC type zone and another ore shoot as well.

Drilling on the southern limb of the WDC vertical zone has yielded 10m of 10.98 g/t AuEq in hole LM-20-ED-71 and 4.5m of 9.35 g/t AuEq (within 21.7m of 2.88 g/t AuEq) in hole LM-20-ED-64. Along with several other intersections, these holes show that the southern WDC zone occupies structures detached from the main dike and continues south for at least 200m. It has now been intersected consistently 55m above and up to 90m above the ED zone.

The EDC has similar morphology to the WDC, with lesser thicknesses and grades. The EDC has so far not been included in resource modelling due to the lack of drilling until Q3-Q4 2020. It has now become clear that there is a curved steepening to the plunge of the EDC ore shoot which caused a few misses and allowed for only one previous intersection (LM-17-ED-43).

The entire western side of the ED zone has been open for expansion, subject to overcoming terrain challenges. Drilling detailed in the news release of September 15, 2020 had appended a 450m long strip 90 to 135 m wide to the ED zone. Further drilling is upcoming.

The technical information in this news release has been reviewed and approved by Sonny Bernales, P. Geo., a registered Professional Geoscientist in the Province of British Columbia and a qualified person as defined by National Instrument 43101. Mr. Bernales is responsible for logistics and supervision of all exploration activity conducted by Mexican Gold on the property.

The Company has implemented and adheres to a strict Quality Assurance/Quality Control program which includes inserting mineralized standards and blanks into the sample stream, about 1 for every 10 samples. The standards and blanks were obtained from CDN Resource Laboratories Ltd. of Langley, BC, Canada. Each sample bag is properly sealed and kept in a secured, restricted storage place prior to shipping to the lab. Samples are shipped directly by Mexican Gold or picked-up by the lab vehicle with chain of custody/sample submittal signed and dated. The Company sends its samples to SGS Mineral Services (ISO/IEC 17025) at Durango, Mexico, an accredited and independent laboratory.