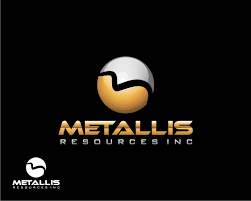 Metallis Resources Inc. (TSX-V: MTS) (OTCQB: MTLFF)  is pleased to announce assay results from the Cole-Etta Porphyry-Epithermal system clustered on the northern end of the 7.5km-long Hawilson Monzonite Complex at its 100%-owned Kirkham Property. The Property is situated within the prolific Golden Triangle in northwest British Columbia, an area known for hosting world-class deposits such as the past producing Eskay Creek and Snip gold mines along with Seabridge’s major KSM porphyry deposits and Pretium’s Brucejack mine.

The 2019 drilling program included a test of the continuity of high-grade gold mineralization at the Cole target, where the Company in 2018 had tested epithermal style veins returning assays of 7.7m @ 11.18 g/t Au including 137 g/t Au over 0.6m (News Release Nov 29, 2018). The 2019 program consisted of six drill holes totalling 2,617 meters testing the porphyry to epithermal transition of the Cole Porphyry system.

The drilling results from the Program identified the Cole target as a structurally controlled porphyry system that transitions westward into epithermal gold veins and breccia bodies. Multiple sub-parallel porphyry intrusions and hydrothermal breccias along faults result in an extensive (800m x 300m) footprint of sericitic alteration including a linear (300m x 50m) zone of gold-bearing pyrrhotite-pyrite and quartz-carbonate veins.

The high-grade gold mineralization including 1.34 g/t AuEq* to 2.85 g/t AuEq* in the 2019 drill holes (Table 1) and 137 g/t Au in KH18-19 assayed from the 2018 program (MTS News Release Nov 2018), confirmed the emplacement of multiple epithermal gold veins along the Adam fault. These veins mainly occur along the footwall of the Adam fault and remain open at depth and to the south. The on-going advanced porphyry vectoring coupled with field observations and drill logs show both porphyry-type copper-gold and epithermal-type gold potential at the Cole target. The Company is planning an exploration and drilling program that will test the expansion of near surface epithermal gold mineralization whilst simultaneously targeting the deeper porphyry copper-gold mineralization.

Drill holes KH19-31 and KH19-33 tested a magnetic anomaly on the eastern fringe of the Cole porphyry system. Significantly, KH19-33 intersected a section of mineralized monzonite with hydrothermal biotite and magnetite. This magnetic feature is linked to the King East target, which represents a very large coincident magnetic-high and resistivity-low anomaly extending over an area of 2km x 2km. The calculated vertical gradient (‘CVG”) magnetic data shows multiple north-south trending magnetic lineaments at King East, which reflect the structurally controlled porphyry intrusions and dikes propagated between the Cole and King East targets (Click here to view map). Moving forward, exploration efforts will aim to test mineralization in both the high-mag and low-mag zones in between. Several gold showings, monzonite dykes and gold-in-soil anomalies have also been documented near the southern margin of King East target which highlights the presence of porphyry style mineralization to be tested with future exploration and drilling programs.

Metallis’ Chief Geologist, Dr. Razique stated “Field mapping and drill data has provided us with significant information to reconstruct the anatomy of faults, porphyry intrusions and alteration patterns, which vector toward the core zones of the Cliff and Cole porphyry systems. These systems have a vertical extent of approximately 1,000m.” adding “We have now outlined a robust magmatic-hydrothermal complex with porphyry copper-gold systems clustered over a strike length of 7.5km. We have a much better understanding of the control of mineralization which will allow us to delineate the high-grade zones in future exploration and drilling programs.”

Fiore Aliperti, Metallis’ CEO stated, “Although the 2019 program at Cole was unable to replicate the excellent grades of 2018, we continue to be extremely encouraged by the Program which deepens our understanding of the geological model.” He went on to add “the assays along with the invaluable work of Dr. Bouzari support the technical team’s theory that we are still very high in the porphyry system at Cole with holes 31 & 33 pointing towards a transition to a larger system at depth to the southeast, something we hope to test this year.”

The Company would also like to clarify certain prior reporting which included five table errors in the News Release of January 17, 2020 (Click here to view News Release) and of February 20, 2020 (Click here to view News Release). The changes are not material in nature and the Company advises there are no regulatory reasons to report these errors. However, Metallis Resources is committed to the highest technical standards and believes in full transparency. The Company has taken additional steps to ensure its disclosures in the future are free from any errors or misstatements.

The table of drill core assays in the News Release of January 17, 2020 reported these results:

The length intervals are not equal to the differences between To and From, and the corrected values (*) are tabulated below:

The table of drill core assays in the News Release of February 20, 2020 reported this result:

The interval length is not equal to the difference between To and From, and the corrected value (*) is shown below:

Metallis Resources has implemented a rigorous quality assurance / quality control (QA/QC) program to ensure best practices in sampling and analysis of diamond drill core. All assays are performed by ALS Canada Ltd., with sample preparation carried out at the ALS facility in Terrace, BC, and assays at the North Vancouver laboratory. Assay values are uncut. For gold, fire assays are performed as per ALS method Au-AA26 (0.01- 10.00 g/t Au) using 50 grams of sample measured by atomic absorption (AA). Assays equal to or greater than 10 g/t Au are reanalyzed gravimetrically by method Au-GRA22. Silver and copper are analyzed by ALS method ME-MS61 with a 4-acid digestion followed by ICP-MS analysis.

David G. Dupre, P.Geo., Vice President, Exploration for Metallis Resources Inc. and a Qualified Person as defined by NI 43-101, has reviewed and approved the technical information in this press release.

About the Kirkham Property

The 106 sq. km Kirkham Property totals 10,610 Hectares and is located about 65 km north of Stewart, B.C., in the heart of the Golden Triangle’s prolific Eskay Camp. The Property is 100% owned by the Company and is prospective for multiple mineral deposit types. The property is located along a strategic geological boundary – the “Red-line” exposed on the western margin of the Eskay Rift system in the Golden Triangle, northwestern British Columbia.

Metallis Resources Inc. is a Vancouver-based company focused on the exploration of gold, copper, nickel and silver at its 100%-owned Kirkham Property situated in northwest British Columbia’s Golden Triangle.  Metallis trades under the symbol MTS on the TSX Venture Exchange and currently has 36,155,767 shares issued and outstanding.