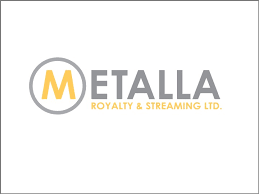 Metalla Royalty & Streaming Ltd.  (TSX-V: MTA) (NYSE American: MTA) is pleased to announce that it has entered into a share purchase agreement dated April 24, 2020 with Idaho Resources Corporation, a privately held Nevada corporation, whereby a wholly-owned U.S. subsidiary of Metalla will acquire 100% of the issued and outstanding shares of IRC for $4.0 million in cash and shares.

IRC holds a 0.5% gross overriding royalty on the Anglo/Zeke claim block in Eureka County, Nevada, which is located on trend to the southeast of the Cortez Operations and Goldrush project owned by Nevada Gold Mines. NGM is a joint venture between Barrick Gold Corporation (61.5%) and Newmont Corporation (38.5%), which was created in July 2019 to combine Barrick and Newmont’s significant assets across Nevada to create the single largest gold producer in the world. IRC also holds a 1.5% GOR covering NuLegacy Gold Corporation’s Red Hill project in Eureka County, Nevada, which is contiguous to the southeast of the Anglo/Zeke claims.

Brett Heath, President and CEO of Metalla, commented, “We are pleased to add two high-quality strategic gold royalties on trend of one of the largest gold operations on the planet. This transaction gives shareholders exposure to one of the most prolific gold structures covering approximately 19,000 hectares on the Battle Mountain-Eureka trend in Nevada, of which 7,500 hectares are owned by the two largest gold producing companies in the world, Newmont and Barrick.”

The consideration for the SPA will be satisfied by Metalla issuing $2.0 million in common shares based on the ten-day volume-weighted average price of shares traded on the TSXV exchange at a price of C$7.88, and $2.0 million in cash. The transaction is subject to customary closing conditions and exchange approvals and is expected to close on or around June 1, 2020.

The Anglo/Zeke claims cover more than 7,500 hectares of exploration land owned by NGM east and southeast of the Goldrush deposit along the Battle Mountain-Eureka trend. Barrick has previously stated the Goldrush deposit is a large Carlin-type gold development project with initial production projected for 2021, which will progress toward a steady-state production of 450,000 ounces of gold per annum during its first full five years of operation(1). Goldrush’s end of 2019 reserve estimate is 2 million ounces at 9.7 g/t gold with a measured and indicated resource estimate of 9.4 million ounces at 9.4 g/t gold(2). Barrick previously has disclosed that mineralization at Goldrush is open along strike towards the north and east where the royalty property continues with the favorable stratigraphic host of the Goldrush, Cortez Hills, and Pipeline deposits, and has identified a mineral potential area known as Goldrush South(3) on the Anglo/Zeke claims.

The Red Hill project owned by NuLegacy covers an area of interest of more than 11,500 hectares southeast of the Anglo-Zeke Claim block along the Battle Mountain-Eureka trend that hosts the NGM’s Cortez Operations. Within the area of interest is the Red Hill property package encompassing the Avocado, Serena, and Iceberg gold deposits. Past drilling in the Serena and Iceberg deposits has intersected high-grade intercepts, including 22 meters at 6.59 g/t gold and 31.2 meters at 3.9 g/t gold(4). Recently, NuLegacy completed geophysical surveys on their land package, which identified an interesting untested anticline structure under cover to the west called the Rift Anticline, which is explained by NuLegacy to be an analogue to Nevada Gold Mine’s Goldrush deposit to the northwest. NuLegacy expects to receive an expanded drill permit to test the Rift Anticline target by the end of 2020 with a preliminary drill program of 12 to 15 holes.

The technical information contained in this news release has been reviewed and approved by Charles Beaudry, geologist M.Sc., member of the Association of Professional Geoscientists of Ontario and the Ordre des Géologues du Québec and a consultant to Metalla. Mr. Beaudry is a Qualified Person as defined in National Instrument 43-101 Standards of disclosure for mineral projects.

Metalla was created for the purpose of providing shareholders with leveraged precious metal exposure by acquiring royalties and streams. Our goal is to increase share value by accumulating a diversified portfolio of royalties and streams with attractive returns. Our strong foundation of current and future cash-generating asset base, combined with an experienced team, gives Metalla a path to become one of the leading gold and silver royalty companies for the next commodities cycle.