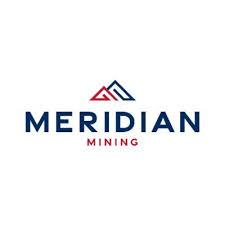 Meridian Mining UK S (TSXV: MNO) (Frankfurt: 2MM) (OTCQB: MRRDF) is pleased to report the first results of its drill program targeting a 750m long high-grade gold trend northwest of the Cabaçal Mine; the Cabaçal Northwest Extension. CNWE is part of the Cabaçal Copper-Gold Project in Mato Grosso, Brazil. CD046 intercepted a high-grade gold zone of 11.7m @ 5.7 g/t Au including 0.3 @ 183.4 g/t Au, within a broader Copper and Silver rich zone. The hole was located as a 50m step out from BP’s diamond drill hole JUSPD216 that reported1 3.2m @ 237.7g/t Au, including 0.45m @ 1672.1 g/t Au. CNWE’s high grade gold trend extends out from the Cabaçal mine and is hosted by the same shallow dipping Cu-Au-Ag VMS stratigraphy, that like the Cabaçal gold mine, is over-printed by a later stage Northwest trending high grade gold event that is sub-vertical in nature. The drilling along the CNWE, is sparse and principally vertical, poorly covering these sub-vertical high grade Au structures that can host extremely high gold values. 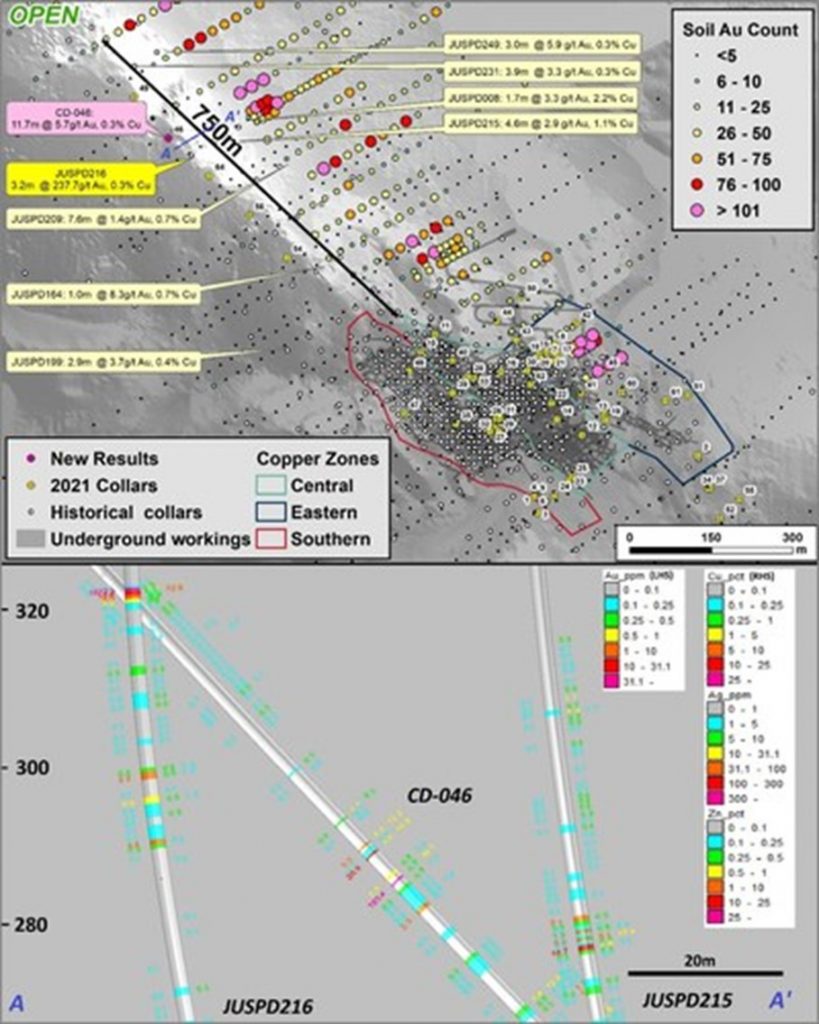 The Company reviewed the drill hole database for potential extensions to these high grade gold structures and the CNWE was targeted for its strong intercepts of high to extremely high gold assays leading out from the mine. This trend however is very sparsely covered by angled drilling, that is needed to intercept both the shallow-dipping VMS stratigraphy and the later sub-vertical structures; most of the historical holes are vertical and likely to miss a vertical structure. A prominent gold-in-soils anomaly commences over the Cabaçal Mine and extends over 1km, straddling both the Mine and the Northwest Extension trend, providing a broad target for infill drilling to test the high-grade gold (and base metal) potential.

Having now intersected high-grade gold mineralization to the Northwest and Southeast of the mine’s workings in the current drill program, it is apparent that the closure of the mine was influenced by the geographical limit of the data that supported the BP / RTZ reserve estimation, but the mining ended in mineralisation that is considered open.

CD-046 is 1km east of the Cabaçal West BHEM conductor, and the Company is highly encouraged by the strong base metal intervals seen in the lower sector of CD-046. This includes a lower zone of elevated Cu-Au-Ag & Zn including 3 metres where Zn was grading higher than 1.0% (102 to 105m).

Dr. Adrian McArthur, B.Sc. Hons, PhD. FAusIMM., CEO and President of Meridian Mining as well as a Qualified Person as defined by National Instrument 43-101, has supervised the preparation of the technical information in this news release.

Meridian Mining UK S is focused on the acquisition, exploration, and development activities in Brazil. The Company is currently focused on resource development of the Cabaçal VMS Copper-Gold project, exploration in the Jaurú & Araputanga Greenstone belts located in the state of Mato Grosso; exploring the Espigão polymetallic project and the Mirante da Serra manganese project in the State of Rondônia Brazil.