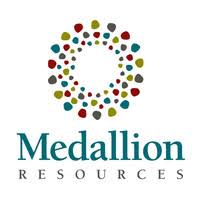 Subject to regulatory approval and completion of the planned public offering of shares or units and uplist to the Nasdaq Capital Market or other U.S. National Securities Market and delisting from the TSX Venture Exchange any outstanding principal amount of the Notes may be converted into shares or units issued in the UpList at 75% of the price of the shares or units issued in the UpList and, at the time of the delisting, the Company shall also issue to the Purchaser(s) a warrant to purchase at the UpList price the number of shares calculated by dividing 50% of the principal amount by the Conversion Price at any time from the day the Company’s shares are delisted from the TSXV until August 1, 2027. For example, if the UpList were at US$4.00 per share, the minimum price under NasdaqCM initial listing requirements, then the Company would issue a warrant to purchase 191,667 shares at US$4.00 per share exercisable after the shares are delisted from the TSXV prior to August 2, 2027.   For clarity, while the Company’s shares continue to be listed on the TSXV, the Note cannot be converted and the warrant cannot be exercised.

The proceeds will be used for working capital and general corporate purposes including continuing to advance the Ligand Assisted Displacement (LAD) Chromatography separation of rare earth elements (REEs) in partnership with Purdue University and the Company’s proprietary monazite process, as well as advancing the Company’s clean energy technology strategy which it announced in a news release on April 26, 2022.

More about Medallion can be found at medallionresources.com.