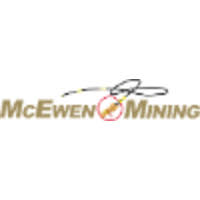 As previously disclosed Rob McEwen, Chairman and Chief Owner of the Company, is participating as a Lender for $25 million of the total $50 million Term Loan.

The Term Loan will be used to complete construction of the Gold Bar Mine in Nevada and for general corporate purposes. Construction of Gold Bar is advancing on schedule for completion by the end of 2018, targeting commercial production in the first quarter of 2019.

McEwen has the goal to qualify for inclusion in the S&P 500 Index by creating a profitable gold and silver producer focused in the Americas. McEwen’s principal assets consist of: the San José mine in Santa Cruz, Argentina (49% interest); the Black Fox mine in Timmins, Canada; the El Gallo Fenix project in Mexico; the Gold Bar mine in Nevada, currently under construction; and the large Los Azules copper project in Argentina, advancing towards development.