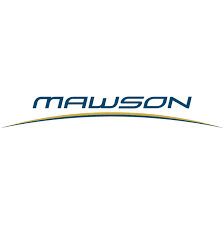 The addition of cobalt values to previously reported gold intersections continues to provide significant improvements in both continuity and width when compared to gold-only intersections, especially at the Raja and Palokas prospects.  On the basis of this increased confidence in mineralization continuity, the Company has commenced metallurgical test work and is in the process of engaging an independent qualified person to undertake a maiden resource calculation at Rajapalot.

Mr. Hudson, Chairman and CEO, states, “With the growing recognition of the significance of cobalt within the gold mineralized zones, Rajapalot is quickly progressing from discovery to a more advanced stage with resource and metallurgical testwork studies now commencing.  This is an exciting milestone for the project as a large new mineral camp emerges.  It is an excellent outcome for Finland, with potential for a significant and strategic cobalt deposit just 400 kilometres from the world’s single largest cobalt refinery at Kokkola, which produces 50% of global non-Chinese production (10% of total production).”

All assays reported are shown in Table 3, with the most significant seven holes (from 43 holes reported) from the Palokas and Raja prospects reported in Table 1. A plan view of drill results and named prospects is provided in Figure 1. Cross and longitudinal sectional views for Raja are included in Figures 2–3. Tables 2 shows all relevant collar information. Assuming a predominant stratabound control, the true thickness of the mineralized interval is interpreted to be approximately 90% of the sampled thickness. Intersections are reported with a lower cut of 0.5 g/t gold or 0.5 g/t gold equivalent when cobalt assays were available, over 1 metre width and no upper cut-off was applied. The gold equivalent (Au Eq) value was calculated using the following formula: Au Eq g/t = Au g/t + (Co ppm/481) with assumed prices of Co $88,185/t; and Au $1,320/oz, where 1 g/t Au is equivalent to 0.048 % Co.  Au Eq varies with Au and Co prices.

Finland plays a significant role in the global cobalt supply chain. The Democratic Republic of the Congo mined 54% of the world’s cobalt in 2016 whilst 80% of cobalt used in lithium-ion batteries is refined in China.

Half of the world’s non-Chinese production (10% of total production) comes from Freeport Cobalt, the world’s largest single cobalt refinery, located only 400 kilometres from Mawson’s Rajapalot project in Kokkola, Finland. Freeport Cobalt is a joint venture between Freeport-McMoRan (56%), Lundin Mining Corporation (24%) and La Générale des Carrières et des Mines (20%) (or Gécamines, the DRC state mining company). A significant amount of feedstock for Freeport Cobalt comes via a long-term supply agreement with the Chinese-owned Tenke Fungurume mine in the DRC. A future Finnish domestic source of cobalt from Rajapalot would satisfy the recent announcements by Finland and Sweden that the countries will work together on a traceable ledger for sustainable minerals, which are considered crucial for achieving climate goals.

Owing to the growth in the electrification of transport and need for storage of renewable energy, the battery sector has become an important driver of cobalt demand. Demand for lithium-ion batteries is surging, which is expected to support both price and volume for the cobalt market for years to come. With cobalt on the European Commission’s critical raw minerals list, there is a strong mandate to secure local and ethical supplies of cobalt, which are likely to contribute to further tightened supply.

Variable core diameters are reported with PAL holes NQ2 (50.7 mm), WL76 (57.5mm) or NTW (56.0 mm), and PRAJ holes EW (25.2 mm). Core recoveries were excellent and average close to 100% in fresh rock. After photographing and logging in Mawson’s Rovaniemi facilities, core intervals averaging 1 metre for mineralized samples and 2 metres for barren samples were cut in half at the Geological Survey of Finland (GTK) core facilities in Rovaniemi, Finland. The remaining half core is retained for verification and reference purposes.

Three laboratories are being used to conduct gold and multi-element assay work. Samples were transported by Mawson personnel or commercial transport from site to the CRS Minlab Oy facility in Kempele, Finland, or to the ALSGlobal sample preparation facility at Sodankylä, Finland. Samples submitted to Kempele were prepared and analyzed for gold using the PAL1000 technique which involves grinding the sample in steel pots with abrasive media in the presence of cyanide, followed by measuring the gold in solution with flame AAS equipment. In order to improve the detection limit of the PAL1000 technique from 0.05 g/t Au to 0.01 g/t Au for a 1 kg sample, gold concentration using the DiBK (di-isobutyle ketone) extraction method was also used. Samples transported for gold assay to Sodankylä were analysed using 50 g fire assay and ICP finish method Au-ICP22.

The QA/QC program of Mawson consists of the systematic insertion of certified standards of known gold and cobalt content, duplicate samples by quartering the core, and blanks the within interpreted mineralized rock. In addition, all three laboratories insert blanks and standards during the analytical process.

The qualified person for Mawson’s Finnish projects, Dr. Nick Cook, President for Mawson and a Fellow of the Australasian Institute of Mining Metallurgy has reviewed and verified the contents of this release.

Mawson Resources Limited is an exploration and development company. Mawson has distinguished itself as a leading Nordic Arctic exploration company with a focus on the flagship Rompas and Rajapalot gold projects in Finland.