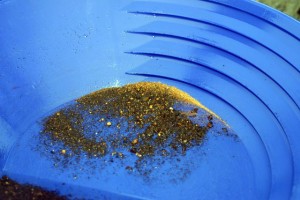 Mawson Resources Limited (TSX:MAW)(FRANKFURT:MXR)(PINKSHEETS:MWSNF) announces that further to its press release of July 17, 2013 it has closed the first tranche of its non-brokered private placement financing of up to 9,344,417 units at a price of $0.45 per unit for gross proceeds of up to $4,204,987. Due to oversubscription under the First Tranche, this is an increase from the up to 9.333 million units announced on July 17, 2013. Under the First Tranche closing, Mawson, issued 5,710,417 units for proceeds of $2,569,687, each unit consisting of one common share of Mawson and one-half of one non-transferable common share purchase warrant (the “Warrants”). Each whole Warrant is exercisable to acquire one additional common share of Mawson at a price of $0.65 until August 2, 2015.

Sentient Global Resources Fund IV, L.P. part of a group of funds which is an insider of Mawson has subscribed for 7,334,000 Units under the Placement for gross proceeds of $3,300,300. Under the First Tranche closing, the Sentient Fund was issued 3,700,000 units. Closing of the remaining 3,634,000 units to be issued to the Sentient Fund under the Sentient Placement will occur on such date as Mawson may determine after satisfaction of the Approval Condition.

Assuming closing of the Sentient Placement and the exercise of all of the Warrants issued under the Sentient Placement, the Sentient Fund will be issued a total of 11,001,000 common shares, which is equal to approximately 19.6% of the 56,081,311 common shares that were issued and outstanding on a non-diluted basis immediately prior to the announcement of the Placement. As a result, the Toronto Stock Exchange requires as a condition of its acceptance of the Second Tranche that prior specific approval of the Second Tranche by Disinterested Shareholders be obtained, which approval will be sought at a special meeting to be held on August 30, 2013.

The net proceeds from the financing will be used to advance exploration work on Mawson’s Rompas project in Finland and for general working capital purposes.

The securities issued under the Placement will be subject to a four-month hold period from the date of closing.

Mawson Resources Limited is a resource acquisition and development company. Mawson has distinguished itself as a leading Scandinavian exploration company with a focus on the flagship Rompas gold project in Finland.