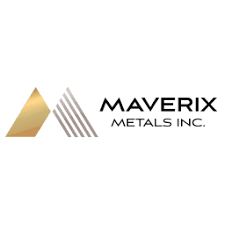 Maverix Metals Inc. (TSX-V: MMX) is pleased to announce that it has signed an indicative term sheet, pursuant to which Maverix intends to acquire from a wholly-owned subsidiary of Northern Vertex Mining Corp. a right to purchase a percentage of the life-of-mine silver produced from Northern Vertex’s operating Moss Mine, located in Arizona.

“Maverix would like to congratulate Northern Vertex on successfully achieving commercial production at the Moss Mine and we are pleased to be their partner going forward to help them unlock the mine’s full potential,” commented Dan O’Flaherty, CEO of Maverix. “This transaction complements our strong and growing portfolio, adding a precious metal stream on a new low-cost mine, that is immediately accretive to both our cash flow and net asset value.”

Maverix has entered into an indicative term sheet pursuant to which Maverix, and its designated subsidiaries will enter into a definitive silver purchase agreement with Northern Vertex and its operating subsidiary. Under the indicative terms of the Stream Agreement:

The Moss Mine is 100% owned by Northern Vertex and is located near Bullhead City in northwest Arizona. Moss is a 5,000 tonnes per day, open pit, heap leach, gold-silver operation, that achieved commercial production effective September 1, 2018.

The expansion PEA was completed in October 2017 and outlined a 10-year operation producing an average of approximately 30,000 ounces of gold and 300,000 ounces of silver per year at an AISC (all-in sustaining cost) of US$603 per gold equivalent ounce. (2)

Northern Vertex has announced guidance for the gold and silver production for the fiscal years 2019 and 2020 as follows (3):

For further information on the Moss Mine, please visit www.northernvertex.com.

Doug Ward, B.Sc., Mining Engineering, MMSA, is Vice President Technical Services for Maverix, and a qualified person under National Instrument 43-101 – Standards of Disclosure for Mineral Projects, has reviewed and approved the scientific and technical disclosure contained in this press release.

Maverix Metals Inc. is a gold royalty and streaming company. Maverix’s mission is to provide its shareholders with significant low risk leverage to the gold price and to increase underlying per share value by expanding its portfolio with acquisitions of high-quality royalties and streams that offer robust returns.