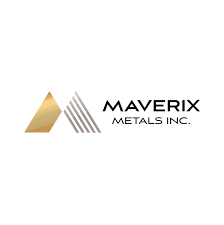 Maverix Metals Inc. (NYSE: MMX) (TSX: MMX) is pleased to announce that it has amended its revolving credit facility and increased the amount available by $40 million to $160 million.

Matt Fargey, CFO of Maverix, commented, “We would like to thank our lenders for their continued support and confidence in our business. The increase and extension of our revolving credit facility will provide us with more capital to pursue accretive acquisitions of precious metals royalties and streams.”

Additionally, Maverix has filed a preliminary short form base shelf prospectus  with the securities regulatory authorities in each of the Provinces and Territories of Canada and a corresponding shelf registration statement on Form F-10 with the United States Securities and Exchange Commission under the Multijurisdictional Disclosure System, established between Canada and the United States.

When final and effective, the Base Shelf Prospectus will replace a base shelf prospectus of the Company that will expire on October 13, 2021. The Base Shelf Prospectus and Registration Statement, when made final and effective, will enable Maverix to make offerings of up to $500 million of common shares, subscription receipts, units, warrants, share purchase contracts and debt securities or any combination thereof (all of the foregoing, collectively, the “Securities”). These Securities may be offered from time to time over a 25-month period that the final Base Shelf Prospectus and Registration Statement remain valid and effective. The specific terms of any offering will be established in a prospectus supplement to the final Base Shelf Prospectus, which will be filed with the applicable Canadian and U.S. security regulatory authorities in connection with such offering. The Shelf Registration Statement filed with the SEC has not yet become effective. Until the Shelf Registration Statement becomes effective, no securities may be sold nor may offers to buy be accepted in the United States. This press release shall not constitute an offer to sell or a solicitation of an offer to buy, nor shall there be any sale of these Securities in any jurisdiction in which an offer, solicitation or sale would be unlawful prior to registration or qualifications under the securities laws of any such jurisdiction.

Copies of the preliminary Base Shelf Prospectus and the Shelf Registration Statement can be found on SEDAR at www.sedar.com and EDGAR at www.sec.gov, respectively, or may be obtained by directing a request to Maverix at 510 Burrard Street, Suite 575, Vancouver, British Columbia, Canada, V6C 3A8, Attention: Corporate Secretary.

Maverix is a gold-focused royalty and streaming company with a globally diversified portfolio of over 100 assets. Maverix’s mission is to increase per share value by acquiring precious metals royalties and streams. Its shares trade on both the NYSE American and the TSX under the symbol “MMX”.