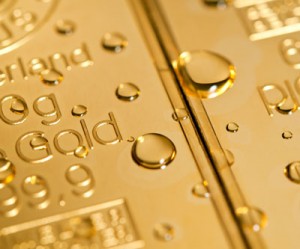 Maudore Minerals Ltd. (MAO: TSX-Venture) (MAOMF: US OTC); (M6L: Frankfurt Exchange) is pleased to announce that following the acquisition of NAP Quebec Mines Ltd. on March 22, it has poured its first two gold bars for approximately 945 ounces of gold.

Kevin Tomlinson, Chairman and CEO of Maudore, commented, “Our transformation from a junior exploration company to a well-capitalized gold producer was accomplished in an astonishingly quick timeframe in one of the most difficult financing environments that the gold sector has experienced in recent memory. We are quite encouraged by the potential cash flow from our newly acquired assets and with the excellent platform we now have to grow the Company.”

The Company recently held a contest among its new employees at the Vezza Project and the Sleeping Giant Complex to select a new corporate name for NAP Gold. A total of 119 entries were submitted. The winner of the contest was Pascal vanDoesburg, the Warehouse Clerk at the Sleeping Giant Mill,. The Company is very pleased to announce that the new corporate name of NAP Gold will be Aurbec Mines Inc. / Mines Aurbec Inc.

On April 18, 2013, Noront Resources Ltd. and Maudore entered into an agreement that terminates the previously announced (December 5, 2012) Purchase and Sale Agreement to acquire Noront’s 25 per cent undivided right, title and interest in the Windfall Lake Project. Accordingly, both parties are released from any further obligations outlined in the PSA. Concurrently, Maudore has informed Eagle Hill Exploration Corp. that it will no longer pursue its proposed business combination between the two companies.

Mr. Tomlinson added, “We continue to believe in the merits of a transaction between Maudore and Eagle Hill, especially considering the added benefits and synergies that our acquisition of NAP Gold would bring to a transaction. However, while our discussions with Noront and Eagle Hill were constructive, we concluded that it would not be prudent to pursue the transaction as it was structured, particularly given the significant decline in market valuations affecting the gold sector.  We are determined to concentrate all our efforts in creating shareholder value through the development of our projects and gold production.

Maudore is a Quebec junior gold company with more than 23 exploration projects, of which five are at an advanced stage of exploration with reported current and historical resources. The Company’s projects span some 120 kilometers, east-west, of the underexplored Northern Volcanic Zone of the Abitibi Greenstone Belt and cover a total area of 144,000 hectares (1,440 km2) with the Sleeping Giant Processing Facility within trucking distance of key projects.