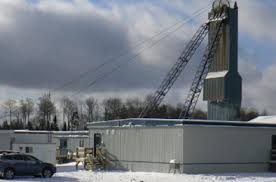 Greg Struble, President and CEO of Maudore Minerals Ltd. (MAO: TSX-Venture) (MAOMF: US OTC) (M6L: Frankfurt Exchange) reports that on Friday August 23rd, at 1:00 pm EDT in the afternoon, the Company temporarily halted trading of its shares in order to allow all shareholders to be made aware of the wrongful actions taken by Promec Mining against the Company and the Company’s response to those actions.

While the Company has an ongoing dispute with their previous mining contractor, Promec Mining, over the contractual payment terms, work continues with alternate labor sources at the Vezza location as we ramp down this project and prepare the re-start of activities at our Sleeping Giant mine north of Amos. There has been no change in our short-term plans and activities. We have very strong support from our senior secured lender as well as the many suppliers and employees who continue to stand by our side.

As previously announced, on August 14th Promec Mining pulled their crews from the Vezza project earlier than planned over a dispute to renegotiate contractual payment terms as their work draws to a close.  Since this time the company has continued to reach out in good faith in an effort to resolve this dispute on mutually acceptable terms.

On August 15th Promec Mining registered a ‘Notice of Legal Hypothec’ against the company on the Vezza project and the Sleeping Giant mine.  The company believes this claim to be grossly inaccurate and it is vigorously working to have the registration removed.

On August 19th a second meeting was held at the Promec offices in Montreal to continue our discussions.  This was to be followed up with a meeting between Promec Mining and our senior secured lender on Monday the 26th.  Promec Mining did not respond to our follow-up requests and subsequently has filed a ‘notice of bankruptcy proceeding’ on Friday the 23rd.  The company believes this to be an invalid filing and will vigorously work to have it dismissed.

Also on Friday the 23rd, an article appeared in the La Frontiere newspaper out of Rouyn-Noranda, in which several inaccurate statements were attributed to Mr. Jos Deschesnes of Promec Mining, which also divulged confidential aspects of our ongoing negotiations in clear violation of our mutual non-disclosure agreement.  This agreement was signed prior to the negotiations regarding the current dispute.  In this article, Promec Mining has wrongfully and inaccurately related the circumstances surrounding its dispute with Maudore Minerals, as well as defamed the company and its management.

Because of these actions taken by Promec Mining, the company will take immediate legal action against Promec Mining and their parent Promec Construction including the filing of a claim for any damages to our business from their filing of the lien and wrongful commencement of the bankruptcy proceeding as well as for breach of contract and breach of a confidentiality agreement.

Maudore Minerals, through its subsidiary, Aurbec, has been actively adjusting to the significant market pressures that have affected the entire Abitibi region, including two significant workforce reductions and redeployments. We have conducted extensive analysis and examination of all of our options and have developed a comprehensive business and financial plan which we are implementing at Sleeping Giant. It is our intention to continue our operations through the optimization of our assets to ensure long term sustainability for all our stakeholders and the region.  We have the support of our senior lender, our major suppliers, and our employees. We will be providing updates as they occur.

We will also be continuing discussions with our senior lender, our major creditors and stakeholders to implement our ongoing business plan. We will do everything we can to ensure that all stakeholders are treated fairly in accordance with their legal entitlements and that no creditor receives preferential treatment.