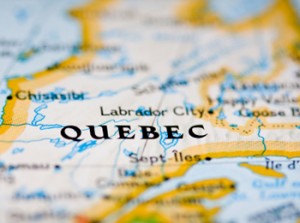 Greg Struble, President and CEO of Maudore Minerals Ltd. (MAO: TSX-Venture) (MAOMF: US OTC) (M6L: Frankfurt Exchange) reports that its subsidiary Aurbec Mines Inc. has commenced underground drilling at the Sleeping Giant past producing gold mine which is located some 80 km north of Amos, Quebec in the Northern Volcanic Zone of the Abitibi Greenstone Belt.

One diamond drill will target extensions of Zones #20, #30, #8 and #3 from which 90% of historic production at Sleeping Giant was derived.  Figure 1 shows the number of historical ounces produced with corresponding grade of gold-bearing veins at Sleeping Giant.  These veins were mined at lower gold prices and gold-bearing material left behind on lateral extensions has very good exploration potential (Figure 2).  Vein extensions may quickly convert to areas suitable for near-term gold production.

A second diamond drill is positioned deeper in the mine on the 975 level and will complete a fan-shaped array of holes targeting the 16 and 785N zones, which are two sub-parallel gold-bearing quartz vein systems that are located some 50m from each other.  Historical drilling on the 785N zone returned 20.59 g/T Au over 1.8m in adjacent drill Hole 97-382-11. In the lower section of the mine, underground drilling will target the new zones with high exploration potential which may convert to areas where medium-term gold production is possible.

Mine access rehabilitation started in mid-July to ensure shaft and main access drifts were in a suitable condition for mining and exploration. Mine re-entry proceeded faster and at lower cost than expected because the mine is dry and has been well maintained.  This characteristic will also lower risk when evaluating new areas to mine at Sleeping Giant.

The company also plans to mine remnant stopes that were placed on hold by prior operators. Gold production will offset diamond drilling costs and provide initial production headings for miners moving from Vezza to Sleeping Giant.  Maudore (Aurbec) has not based its decision to conduct selective mining of remnant stopes at Sleeping Giant on a feasibility study or mineral reserves that demonstrate economic or technical viability. The decision to start mining without these studies increases the uncertainty of success and increases the risk of failure if mining costs exceed revenue.  Mining and unit costs from this exercise will provide accurate detail for future reports and studies.

Maudore signed a contract with InnovExplo to review Aurbec’s in-house Mineral Resources Estimates of Sleeping Giant and prepare an independent Technical Report compliant with Regulation 43-101. The last published resources update from 2008 is out of date, and with Sleeping Giant becoming the new focus of the company, a new Technical Report is appropriate.

Maudore is a Quebec based junior gold company with milling operations and more than 22 exploration projects, of which five are at an advanced stage toward development with reported current and historical resources. The Company’s projects span some 120 kilometers, east-west, of the underexplored Northern Volcanic Zone of the Abitibi Greenstone Belt and cover a total area of 1570 km2 with the Sleeping Giant Processing Facility within trucking distance of key development projects.