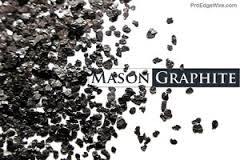 The Company issued, on a bought deal basis, a total of 17,692,319 units (the “Units”) at a price of $0.65 per Unit, which includes the exercise of the underwriters option (the “Underwriter’s Option”) in full for aggregate gross proceeds of $11,500,007 (the “Offering”). Each Unit is comprised of one common share and one-half of one share purchase warrant. Each whole warrant will entitle the holder to acquire one common share at a price of $0.85 for a period of 24 months following the closing of the Offering.

The Offering was completed by a syndicate of underwriters led by Macquarie Capital Markets Canada Ltd. and including National Bank Financial Inc. and Dundee Securities Limited (together the “Underwriters”).

The net proceeds of the Offering will be used to fund the continued development of the Lac Guéret project and for general corporate purposes.

Moreover, the Company is pleased to announce an agreement in principle for additional financing through convertible debentures for an aggregate gross proceed of $4,150,000 with three renowned Québec-based institutions: Sodémex ($3,000,000), a subsidiary of the Caisse de dépot et placement du Québec, the Fonds de solidarité FTQ ($950,000) and the Fonds regional de solidarité FTQ Côte-Nord ($200,000).

The conditions, to be confirmed at closing, would include, among others, maturity after 5 years, interest of 12% per annum, payable semi-annually, and a conversion rate into common shares of $0.845 per share. The Company can trigger the conversion and anticipate the redemption under certain conditions. The transaction would also include an aggregate of 2,075,000 warrants, each granting the purchase of a common share at a price of $0.91 for a period of 24 months following the closing of the transaction. The closing of this transaction, still subject to certain conditions, to the finalization of definitive agreements binding the parties and receipt of all applicable regulatory and other approvals, is expected within 30 days following this announcement.

In connection with the Offering, the Underwriters received a cash commission equal to 6.0% of the gross proceeds raised under the Offering and non-transferable broker warrants equal to 6.0% of the number of Units sold (inclusive of the Underwriters’ Option). Each broker warrant will be exercisable into one Unit of the Company for a period of 24 months from the closing of the Offering at a price of $0.65 per Unit. All securities issued at the closing of the Offering are subject to a hold period under applicable Canadian securities legislation and the policies of the TSX Venture Exchange, which expires on August 29, 2014.

Mason Graphite is a Canadian mining company focused on the exploration and development of its 100% owned Lac Guéret graphite property, located in northeastern Québec. The property hosts a National Instrument 43-101 compliant Mineral Resource featuring 50,024,000 tonnes grading 15.6% Cg, including 6,672,000 tonnes grading 32.4% Cg, in the Measured and Indicated categories and 11,861,000 tonnes grading 17.1% Cg, including 2,637,000 tonnes grading 30.5% Cg, in the Inferred category (see press release dated December 5, 2013). Excellent potential exists for further mineral growth. A Preliminary Economic Assessment study was completed on a 7.6Mt mineral resource estimate from July 2012 which features 22 years of production at 27.4% Cg and a pre-tax internal rate of return of 33.7% (see technical report entitled “Technical Report on the Mineral Resources Estimation Update 2013, Lac Guéret Graphite Project, Quebec, Canada” issued on January 17, 2014). The Company’s senior management team possesses significant graphite expertise from their experience at Timcal/Imerys, including Benoît Gascon, CPA, CA, who held executive positions for 20 years, including over 6 years as President and CEO; Jean L’Heureux, Eng., Executive Vice-President, Process Development, with over 20 years of experience; and Luc Veilleux, CPA, CA, Chief Financial Officer and Executive Vice-President, with 8 years of experience. Timcal, now owned by Imerys, is one of the largest graphite producers in the world.