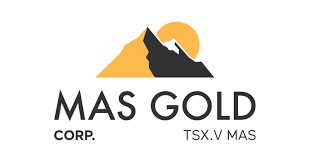 MAS Gold Corp. (TSX-V: MAS) is pleased to announce assay results from the first hole drilled as part of its 2021 drill campaign at the Greywacke Lake Property in the Paleoproterozoic Kisseynew Domain of the La Ronge Greenstone Belt, Saskatchewan, roughly 80 kilometres northeast of the community of La Ronge.

Hole GW21-128 infills a data void within the centre of the Greywacke North gold deposit, intersecting a weighted average result of 7.36 grams gold per tonne (g Au/t) over a drill length intercept of 9.90 metres (m) from 63.10 m depth.

“Management is very excited about the early drill results from the first hole of our 2021 drill program and are looking forward to maximizing our success with the remainder of the program,” comments Jim Engdahl, President and CEO. “It is extremely exciting being part of a Ron Netolitzky project in Saskatchewan, the Number One Mining jurisdiction in the world according to Mining Journal Intelligence World Risk Report 2020, where we are confident the La Ronge Gold Belt has the potential to become one of the world’s prolific gold producing regions.”

Details of the GW21-128 assayed intercepts are as follows:

David Tupper, Vice President of Exploration, comments, “We are extremely pleased with the quality of work and professionalism of the Axiom Exploration crew managing our 2021 winter work program. The work program has been exceptionally smooth and is continuing to progress well.”

Core sampling is continuing at Greywacke Lake, with assays pending from holes GW21-129 through GW21-141.

The current Greywacke Lake Property drill program was designed to provide infill and step-out drill intercepts at each of three known zones of mineralization, including the Greywacke North deposit, and extending up to 700 metres to the southwest to the Central and Lyons zones. The 2021 Greywacke Lake Property winter drill program is now complete with a total of fifteen holes totaling 2,887.9 m completed at as follows:

The drills are currently being mobilized to MAS Gold’s Preview-North Property, roughly 50 kilometres northeast of the community of La Ronge, in preparation for a five-hole program totaling 1,500 metres at the North Lake deposit. The program will target the down dip extensions of the deposit with the objective to expand the resource to depth. The holes are being collared along the west boundary of the 2019 drilling.

A total of three holes are also planned to be drilled from the ice on East Ramsland Lake targeting the extension of the Point deposit. The lake ice has been prepared for drilling to commence in mid-March.

Sample intervals were laid out with the objective of capturing homogenous lithology and not cross any significant alterations with the sample guideline of a minimum samples size of 0.50m and a maximum sample size of 2.0m. All core is logged, tagged, photographed, cut and stored in a secure facility on the Greywacke Lake Property.

Samples were marked on core with assigned sample number from a pre-numbered sample tag. These markings and stapled sample tags were placed at the start of the intervals. Drill core was cut using a core saw with a diamond bit blade using fresh flowed water to ensure no possible contamination between samples. Care was taken to ensure that the same half of the core was sampled for the entire sample interval to maintain consistency and no biases in the assay results. Core duplicates were generated by quarter sampling core.

All rock sample preparation conducted by TSL at their preparation facility in Saskatoon, SK.  Rock samples were dried, crushed to 95% passing 1.70 mm, creating ~1000g sample. Sample is then split and pulverized to 95% passing 106 microns. The pulveriser was cleaned using a sand wash after every samples as to avoid any potential contamination.

Core analyzed by TSL was handled at their facility in Saskatoon, SK. Core samples were analyzed for gold using FA/AA of 30g as well as multi-element ICP-MS with a multi-acid digestion. Gold Assays returning greater than 3 g/t (ppm) where analyzed using gold fire assay with gravimetric finish. Reject pulps are saved and stored for potential, future metallic screening or other analyses.

An independent QAQC program was conducted by inserting duplicates, certified reference materials, and pulp blanks. This was used to test for natural variability/sampling bias / testing the lab for homogeneity during sample preparation processes within the lab as well as testing the precision and any possible contamination from the lab. Additionally, TSL labs also includes an internal QAQC duplicate on gold analyses. Roughly ~12-13% of samples (e.g., ~12-13 samples out of 100 samples) are external QAQC samples.

The scientific and technical information contained in this news release has been prepared, reviewed and approved by David Tupper, P.Geo. (British Columbia), MAS Gold’s VP Exploration and a Qualified Person within the context of Canadian Securities Administrators’ National Instrument 43-101; Standards of Disclosure for Mineral Projects. 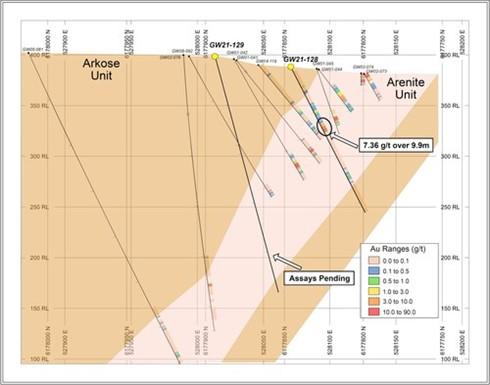