Marlin Gold Intersects 8.42 g/t Au Over 2.37m Approximately 8m from Surface at the Colinas Target at the La Trinidad Mine

Marlin Gold Intersects 8.42 g/t Au Over 2.37m Approximately 8m from Surface at the Colinas Target at the La Trinidad Mine 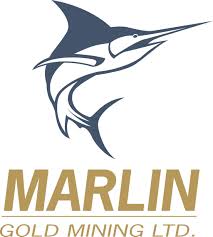 Marlin Gold Mining Ltd. (TSX-V: MLN) is pleased to announce positive drill results from the Colinas target area less than 1 kilometer from the Taunus pit within the permitted mining boundary at the wholly owned La Trinidad gold mine in Sinaloa, Mexico.

The drilling at Colinas has focused on an area that is amenable to open pit mining along a southeast trending structural corridor, which is interpreted to be an extension of the structure that controls gold mineralization in the Taunus pit.

Diamond holes 17COLDDH08, 17COLDDH14 and 17COLDDH15 intersected a low angle faulted vein zone, interpreted to be a thrust fault.  These holes returned grades of 2.66, 8.42 and 7.17 g/t Au, respectively over a true width that varies from 2.37-3.65 meters.  All intercepts are oxide and are less than 25 meters from surface.  The structure appears to pinch and swell down dip and along strike.  Diamond drill hole 17COLDDH09 intersected the same structure over a width of 0.5 m at 1.3 g/t Au.  The dip varies from 20-37 degrees.

Assays are pending for five additional diamond drill holes in this area (17COLDDH07 and 17COLDDH10-13).

Diamond drill holes 17COLDDH05 and 17COLDDH06 targeted a complex zone approximately 90 meters below surface.  Hole 17COLDDH06 intersected an anomalous zone of 18.35 meters at 0.44 g/t Au.  Additional drilling will be required to define this deeper zone.  However, this hole also intersected a shallow zone of 1.90 meters at 1.29 g/t Au.  This intercept is considered to be significant since it is the up-dip projection of the shallow thrust zone across a local 70-meter depression.  This intercept opens up another prospective zone with approximately 150 meters of strike length within the permitted mining boundary.

Akiba Leisman, Executive Chairman and Interim CEO states that “internal studies applying current mining costs along with column leach testing results of drill core at Colinas, indicate that mineralized material from Colinas may be suitable for processing at the La Trinidad Mine.  Ideally, material from Colinas would supplement current production before we access the southern part of the high-grade HS Zone in March.”

The table below summarizes the significant intercepts drilled by Marlin at Colinas that are discussed in this press release.

A map of the Colinas target area that includes the location of the drill holes discussed in this press release can be viewed by clicking HERE.

Dr. Matthew D. Gray. C.P.G., of Resource Geosciences Incorporated, which oversees, directly or indirectly, the Company’s exploration programs in Mexico and Arizona, a Qualified Person under the definitions of CSA NI 43-101, has supervised the preparation of the information that forms the basis for the scientific and technical disclosure in this news release.

Notes on Sampling and Assaying

Drill core was continuously sampled from inception to termination of the drill hole.  Sample intervals were typically two meters.  Drill core diameter was HQ (6.35 centimeters).  Geologic and geotechnical data was captured into a digital database, core was photographed, then one half split of the core was collected for analysis and one half was retained in the core library.  Samples were kept in a secured logging and storage facility until such time that they were received on site by representatives of Bureau Veritas Commodities Canada Ltd. (“Bureau Veritas”).  Sample preparation was done in the Durango facilities of Bureau Veritas and pulps were sent to the Bureau Veritas laboratory in Vancouver for analysis.  Gold was analyzed by standard fire assay fusion, 30 gram aliquot, AAS finish, with samples reporting greater than 10 grams per tonne gold re-assayed by fire assay fusion with gravimetric finish.  Controls samples consisting of duplicates, standards, and blanks were inserted into the sample stream and analytical results of control samples confirmed reliability of the assay data.

Marlin is a growth-oriented gold and silver mining company focused on the Americas. The company owns three properties located in Mexico and the USA and a portfolio of royalties. Marlin’s priority is to profitably operate its La Trinidad Mine, conduct further exploration on its other projects and enhance shareholder value through a strategic relationship with Sailfish Royalty Corp. Marlin is backed by a well-funded investor with a successful track record in the resources sector. The La Trinidad Mine in Sinaloa, Mexico declared commercial production on November 1, 2014 and is one of the highest grade open pit heap leach gold mines in Mexico.