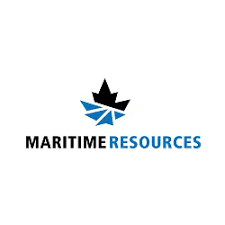 Maritime Resources Corp. (TSX-V: MAE) is pleased to announce that it closed its previously announced non-brokered private placement raising aggregate gross proceeds of $3,500,000 through the issuance of a combination of common shares in the capital of the Company at a price of $0.06 per Common Share and flow-through Common Shares at a price of $0.065 per FT Share. The Company issued a total of 21,626,666 Common Shares and 33,883,076 FT Shares pursuant to the Offering.

Maritime’s President and CEO, Garett Macdonald, commented; “This financing places the Company in a strong position to continue advancing the high grade Hammerdown Gold Project during a period of strengthening gold prices.

Three directors and officers of the Company, all of whom are “interested parties” of the Company, subscribed for a total of 760,769 FT Shares having an aggregate subscription price of $49,450.

As insiders of the Company participated in the Offering, it is deemed to be a “related party transaction” as defined under Multilateral Instrument 61-101-Protection of Minority Security Holders in Special Transactions. The Offering is exempt from the formal valuation and minority shareholder approval requirements of MI 61-101 (pursuant to subsections 5.5(a) and 5.7(a)) as the fair market value of the securities distributed to and the finders’ fees paid to, and the consideration received from, interested parties did not exceed 25% of the Company’s market capitalization. The Company did not file a material change report at least 21 days prior to the closing of the Offering as participation of the insiders had not been confirmed at that time and the Company wished to close on an expedited basis for business reasons.

The securities issued in connection with the Offering are subject to a standard four month hold period expiring September 15, 2020.

The net proceeds of the Offering will be used by the Company to continue exploration and progress towards development of the Hammerdown Gold Project, as well as for working capital and general corporate purposes.

Maritime Resources holds a 100% interest in the Green Bay Property, including the former Hammerdown gold mine and Orion project plus the Whisker Valley exploration project, all located near the Baie Verte Mining District and Springdale, Newfoundland and Labrador. The Hammerdown gold deposit is characterized by near-vertical, narrow mesothermal quartz veins containing gold in pyrite. Hammerdown was last operated by Richmont Mines between 2000-2004 producing 143,000 ounces of gold at an average mine grade of 15.7 gpt Au through a combination of narrow vein open pit and underground mining.