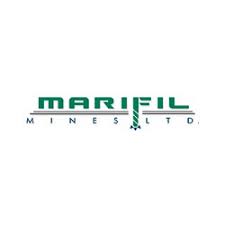 The Property is an advanced stage exploration property which encompasses a polymetallic mineral deposit of precious and base metals. It exhibits widely distributed low grade gold-silver-lead-zinc mineralization in veins, stockworks, fractures, breccia fillings, and disseminated sulfides in breccia zones, primarily within volcanic rocks. Company geologists hypothesize this mineralization may have migrated upward from a deep-seated porphyry copper-molybdenum-gold system.

The Minas San Roque S.A. partnership has invested about US$8 million into the exploration of the Property, where there are now 112 drill holes tallying 16,683 meters. Every one of these drill holes has intercepted some degree of mineralization, indicating an extensive and largely unexplored system of hydrothermal mineralization over several square kilometers. All of the known zones of mineralization are open to expansion by continued drilling. Equally important, mineralization at these drill holes frequently starts at surface and has been followed to the bottom of the deepest holes, about 200 vertical meters. The Company intends to focus on furthering the evaluation of the Property.

Four HQ-size core drill holes were completed on the Property for a total of 846 meters. Three of the four holes (MFMDDHs 56, 58 & 59) increased the bulk of two known zones of mineralization, while the far reaching fourth hole (MFMDDH-57) tested a geophysical anomaly.

Mr. Robert Abenante, CEO of Marifil added, “San Roque continues to be a first class gold exploration project, and it is the Company’s intent to commission a NI 43-101 report on it before the end of the year.”

Table 1 and the 2018 Drill Holes Map (both below) show the locations and main features of the four drill holes in the local coordinate system.

Summaries of calculated drill core assay intervals using a lower and alternately a higher gold grade cut-off grade for comparison are shown in Tables 2 and 3, respectively.

Assay results of previous drilling campaigns show local areas of significant indium content. Indium was not systematically assayed for in this campaign, but numerous spot checks on the better gold assay core runs did not find indium greater than the detection limit of 1 ppm.

Both of these new holes hit significant shallow zones of correlative gold mineralization, although of lower grades than those in DDHMSR-0034. As with previous drilling results in Zone 34, there are only trace amounts of base metals, but, notably, molybdenum is anomalous in MFMDDH-56.

Drill hole MFMDDH-57 is a 600 meter exploratory step-out to the northwest along a linear geophysical (induced potential (I.P.)) anomaly extending from drill hole MSRDDH-0033. This exploratory drilling discovered that the I.P. anomaly is caused by pyrite rich rock formation of schist within the Precambrian age basement strata upon which the mineralized Jurassic age rhyolitic volcanic rocks sit. Nonetheless, the first 45 meters of this drill hole crossing that geologic boundary at only seven meters down-hole intersected a weighted average of 0.30% zinc with less than 100 ppm lead, carrying mostly trace gold values.

Richard Walters, Vice President of Marifil said, “The Induced Potential geophysical anomaly tested by drill hole MFMDDH-57 is apparently caused by a rock formation containing disseminated pyrite. However, the first 45 meters of this hole assays 0.3% zinc with abnormally absent lead. The drill core contains oxidized rock near the surface, and it is plausible this zinc mineralization has been selectively leached from a nearby source stratigraphically higher in the volcanic section leaving the insoluble lead behind, and geochemically transported and redeposited in the area of our drilling as zinc oxides. We are keen to identify the source, and think a step back hole about a hundred meters to the west could be rewarding.”

Marifil adheres to rigorous Quality Assurance – Quality Control standards. The Company carried out a very careful and systematic Quality Assurance/Quality Control program on the San Roque property drilling. Drill core samples were kept in a secure location at all times. Representative half core samples were collected and shipped in sealed tamper proof bags to Alex Stewart (International) Argentina S.A. (ASI (ISO 9001:2015 certified) in Mendoza, Argentina for assaying. A secure chain of sample custody was maintained in delivery to ASI. ASI code P-5 was used for sample preparation procedure, and ASI code P-1 was used for pulp homogenization and bar code assignment. All samples were analyzed under ASI code Au4-30 with those sample assays exceeding its upper detection limit re-assayed under ASI code ICP-ORE. ASI has an arm’s length relationship with the Company and its partners in the Minas San Roque S.A. partnership.

The Qualified Person, Richard R. Walters, received certified assay reports directly from ASI, and is of the opinion that the results reported in this press release are reliable.

The scientific and technical information disclosed within this document has been prepared, reviewed and approved by Richard R. Walters, Executive Vice President, Exploration and a director of Marifil Mines Ltd. The data presented herein was reviewed and verified as part of a Quality Assurance/Quality Control program under the direction of Mr. Walters. Mr. Walters visited the analytical laboratory and reviewed the sample processing and analytical procedures with its management prior to the project drilling. He also set up the drill core sampling procedures, and then personally examined all of the drill hole sites, sampled drill cores, drill core geologic and geotechnical logs and corresponding drill core assays together with the project manager, field geologists and geotechnicians crew on the project site. There were no data verification failures. Mr. Walters is a Qualified Person as defined in NI 43-101 Standards of Disclosure for Mineral Projects, and is the person under whose directions the San Roque, Argentina exploration program has been and is being carried out. Mr. Walters is a certified Professional Geologist by the American Institute of Professional Geologists (AIPG).