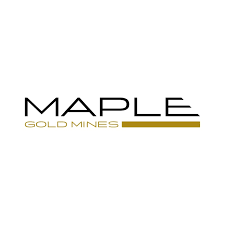 Maple Gold Mines Ltd. (TSX-V: MGM) (OTCQB: MGMLF) (FSE: M3G) is pleased to report additional drill results from the western half of the Porphyry Zone within the current Resource Area at the Douay Property. Within this area (see Figure 1) a total of eight infill and step-out holes were drilled in 2018, with assays pending for the westernmost hole of these only. Both geological observations and assay results for these new holes show good continuity of mineralization in this area, with several higher grade intervals, within a syenite dyke or dyke swarm in the hanging wall of one of the Casa Berardi Faults (see Figure 2).

In addition to the highlights mentioned above, several other drill-holes successfully confirmed both lateral and vertical continuity of mineralization (see Table 1: Highlighted Drill-Results to-date from the Western Portion of the Porphyry Zone, below).

Maple Gold’s President and CEO, Matthew Hornor, stated: “Infill and step-out drilling has successfully confirmed down-dip extensions of existing mineralized zones in the main Porphyry Zone. Further drill results are expected in the coming weeks from the Nika Zone, the eastern half of the Porphyry Zone and also from new greenfields drilling to the NE and NW of the Resource Area.” 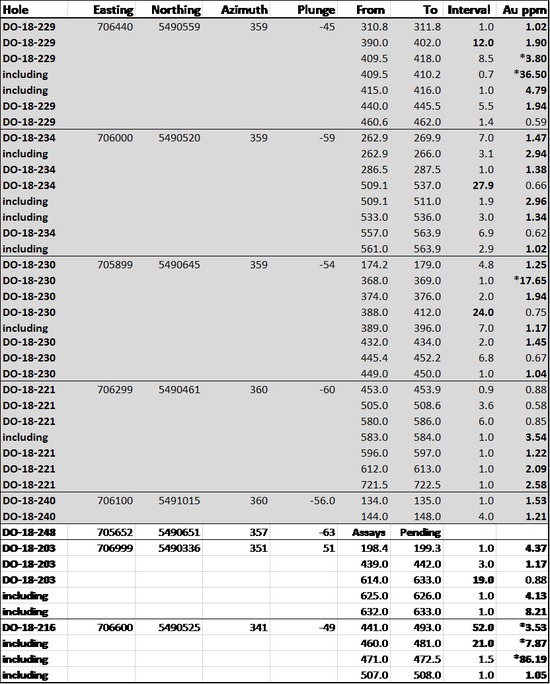 Intervals given are all down-the hole lengths, which are estimated to be approximately 90% of true width. Coordinates are NAD83 Zone 17N. All assays were performed by ALS Laboratories by AU-ICP21, i.e. 30 g fire assay with ICP finish with any over limits (>10 g/t Au) redone by AU-GRA21, i.e. gravimetric analysis of 30g sample weight. Nominal cut-off to obtain intercepts is 0.25 g/t Au, but depending on grade distribution effective cut-offs can be somewhat higher or lower. All intercepts are uncapped, those identified with (*) include samples with overlimits (>10 g/t Au); which may be subject to grade capping during future resource estimation.

2018 drilling in the western half of the Porphyry Zone shows a broad (90-130m true width) halo of gold mineralization, extending several hundred meters along strike and mainly hosted in syenites (see Figures 1,2) within which higher grade (>1 g/t Au) intervals are found. In some cases the lower portion of the halo has the best grades (e.g. DO-18-229 shown in Figure 2A), in others the upper portion (DO-18-230 shown in Figure 2C). Narrow high grade structures are also found in basaltic wallrocks (Figure 2B). 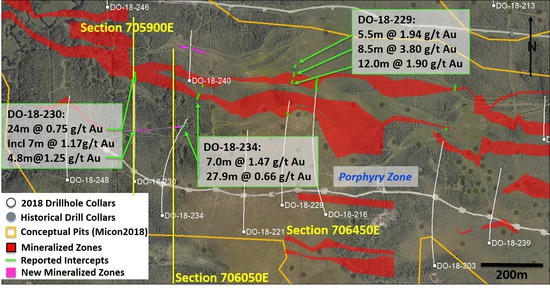 Figure 1: Drill plan for western part of Porphyry Zone. Note previously reported hole DO-18-216 located 160m to the east of DO-18-229, and continuity of mineralized envelopes (current wireframes use a 0.1 g/t Au cut-off) between these holes. Note new mineralized zones (pink polygons), in areas previously classified as waste. 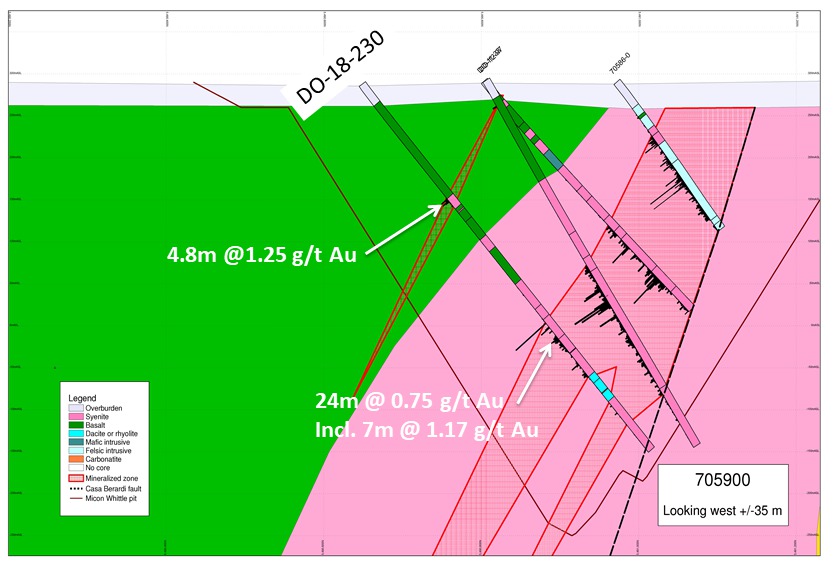 In addition to confirming continuity of mineralization down-dip, these sections demonstrate that mineralization is still open at depth, and that additional resources can be defined further down-dip and still within the envelope of a conceptual pit (<500m depth). Furthermore, additional mineralized zones are still being found in syenite and in basalt wall rock, in areas previously classified as waste (Figure 2C above, Figure 3 below). 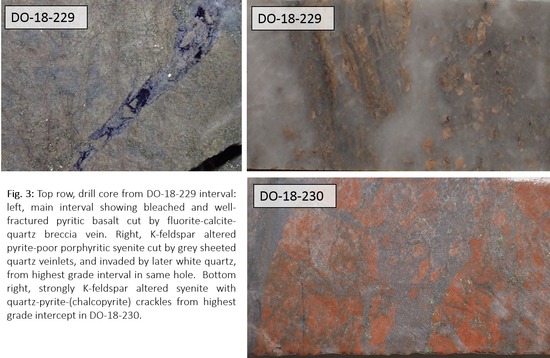 Maple Gold implements strict Quality Assurance and Quality Control protocols at Douay covering the planning and placing of drill holes in the field; drilling and retrieving the NQ-sized drill core; drill-hole surveying; core transport to the Douay Camp; core logging by qualified personnel; sampling and bagging of core for analysis; transport of core from site to the analytical laboratory; sample preparation for assaying; and analysis, recording and final statistical vetting of results. For a complete description of protocols, please visit the Company’s QA/QC page on the website at: http://maplegoldmines.com/index.php/en/projects/qa-qc-qp-statement

Maple Gold is an advanced gold exploration company focused on defining a district-scale gold project in one of the world’s premier mining jurisdictions. The Company’s 377 km² Douay Gold Project is located along the Casa Berardi Deformation Zone within the prolific Abitibi Greenstone Belt in northern Quebec, Canada. The Project has an established gold resource1 that remains open in multiple directions, with excellent infrastructure and several large scale operating mines within this prolific mining district. Maple Gold has now completed a significant winter drill campaign to expand on the known Resource Areas and test new discovery targets within the Company’s 55 km of strike along the Casa Berardi Deformation Zone.