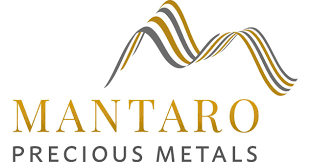 Mantaro Chairman and Chief Geologist, Dr. Christopher Wilson, states, “Our first assays have confirmed high-grade gold mineralization beneath the La Escarcha Mine to at least 100 meters below surface.  It is extremely encouraging that the grade of these initial results are similar to our 2021 metallurgical study which was taken from a 10 tonne under ground bulk sample with a high average head grade of 5.53 g/t gold by fire assay. Unoptimized bench-scale gravity test work on the bulk samples reported recoveries of 74% gold and exceptional cyanide recoveries of up to 96%.  Multiple gold intercepts in hole GH003,together with surface mapping of quartz vein outcrop and underground drives, support our analysis that multiple shear-hosted veins are located within the broader structure. We are looking forward to the steady flow of assay results in the near term.”

Dr. Wilson further comments, “Gold mineralization at Golden Hill is of an orogenic or greenstone-hosted type. Mineralization occurs within a regional structure that juxtaposed metavolcanics and metasediments (typical of gold mineralization in greenstone terranes worldwide). Four other gold deposits are located along this structure to the north of Mantaro’s concessions over a strike length of at least 25 km – confirming that the Golden Hill shear zone is very robust gold exploration target. Mineralization at Golden Hill is hosted within high-grade shoots and presents as free gold with quartz and quartz carbonate.

Sub-parallel structures are common in such systems and structure forms the primary vector for drill targeting. In this respect, the C2 and C3 structures, while of lower tenor than the C structure intercepted in hole GH0003, are gold mineralized and are thus robust exploration targets with potential to host higher grade shoots along structure and at depth. Drilling an untested target in an under-explored greenstone province, as is the case with Golden Hill and the Bolivian Shield, is challenging. Greenstone-hosted gold systems are large and attractive targets. The results from hole GH0003 confirm the thesis that the Golden Hills shear is an excellent target for the discovery of greenstone-hosted gold deposits.”

Hole GH0003 was drilled to test the down dip extensions of gold mineralized quartz-carbonate shear zones that have been mined at surface and underground at La Escarcha gold deposit. Assay results have confirmed gold mineralization continues to depths of over 100 meters below surface with significant intervals including 4.69m @ 5.15 g/t Gold (including 2.2m @ 9.38 g/t Gold from 174m) across the ‘C’ shear zone from 171.51m downhole. Significant mineralization was also intercepted across the ‘C2’ and ‘C3’ quartz shear zones as seen on Figure 1.

Additional drilling is required to determine true widths as all hole intercepted veins at an oblique angle. The assays are not capped.

Golden Hill is centered on a broadly north-south trending regional structure that hosts the La Escarcha underground mine and the Gabby, Garrapatillia and Brownfields workings and gold-bearing vein occurrences in its western hanging wall. The same structure hosts numerous saprolite gold and hard rock gold deposits to the north and south of Golden Hill over a strike length of at least 25 kilometers — underpinning the significant control the structure exerts on gold mineralization.

A northwest-trending splay of this structure hosts areas of alluvial and saprolitic/hard rock workings within Golden Hill and immediately to the north. At least six strike kilometers of these structures are known within Golden Hill in addition to the four kilometers between La Escarcha and Brownfields which have been mapped in detail. Known mineralization and surface anomalism is open along strike on all structures.

Mineralization between La Escarcha and Brownfields is characterized by a series of broadly parallel, north-south trending, very steeply dipping quartz veins that are between 1 to 5 meters wide. Mineralization is hosted in mafic metavolcanics, at the contact of metavolcanics and metasediments, and within metasediments (see Figure 2).

Veins are well exposed in underground workings at La Escarcha where they comprise multiphase white quartz and slivers of wall rock which are fracture oxidized. Veins are up to 5 meters wide and contain significant visible gold. Mine staff have reported that gold grades increase downwards from surface to the 60 m level which is currently under limited development. Most gold appears to be free hosted in fractures within quartz and pyrite.

Mantaro follows industry-recognized standards of Best Practice and Quality Assurance/Quality Control. Samples are submitted to ALS in batches of 40 — comprising 35 half cut core samples, two field blanks, two certified reference material standards and one staged duplicate. Samples are sealed in plastic bags using single use tie-locks and delivered to ALS Oruro in Bolivia — thereby ensuring chain of custody. Since the ALS facility in Bolivia is only a preparation facility, sample pulps were sent to ALS Ireland for fire assay. To date, all batches have passed QAQC and blanks and CRM’s were within acceptable tolerance limits. All diamond holes were drilled started in PQ diameter, occasionally downsizing to HQ in difficult drilling conditions past 150 meters. Core recovery across all veins was nearly 100%.

Mantaro Precious Metals Corp. is a British Columbia company that holds a diversified portfolio of gold and silver focused mineral properties in Bolivia and Peru.  The Company’s holds an option to acquire up to an 80% interest in the advanced Golden Hill Property, located in the underexplored, orogenic Bolivia Shield, Bolivia. 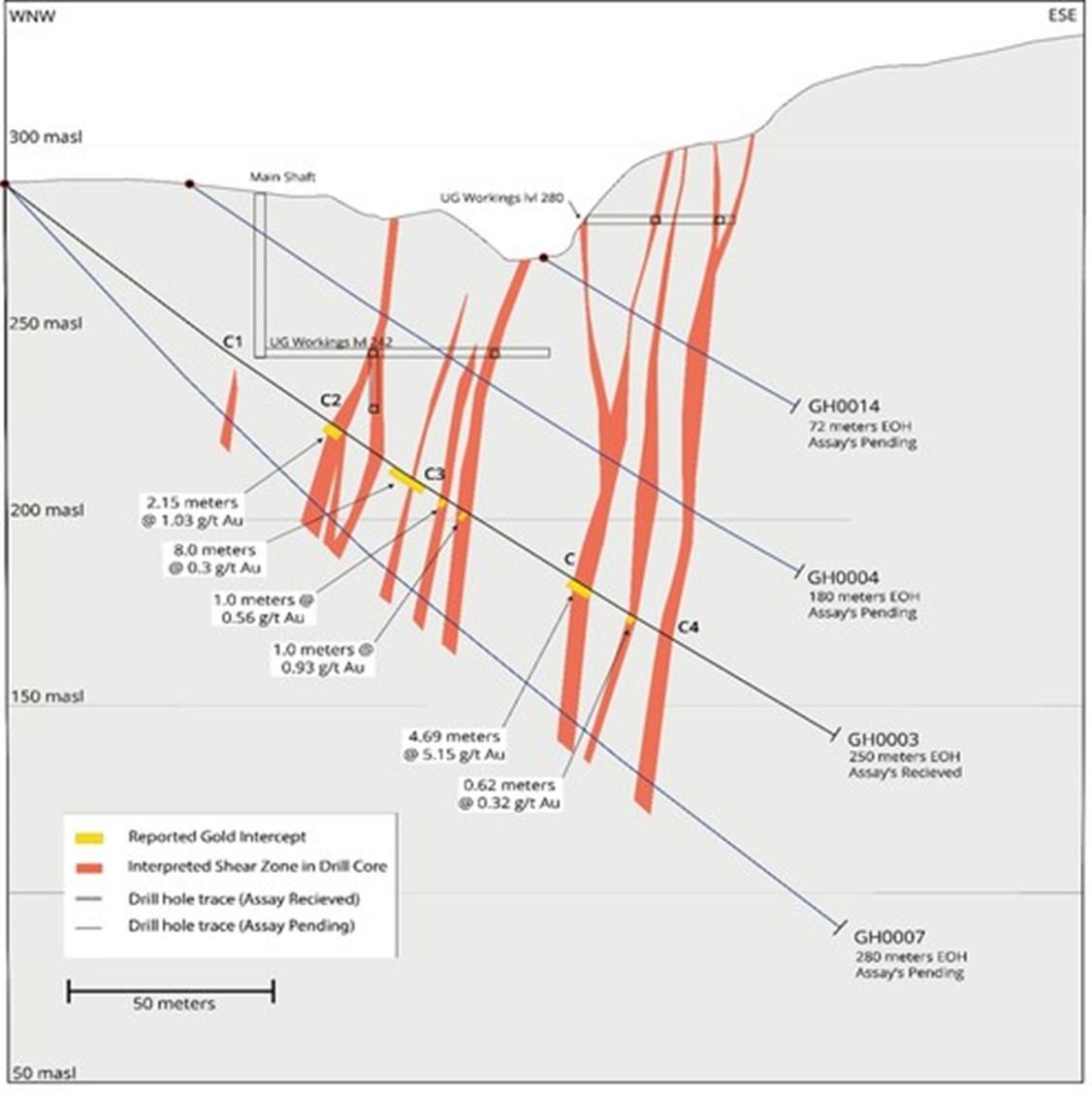 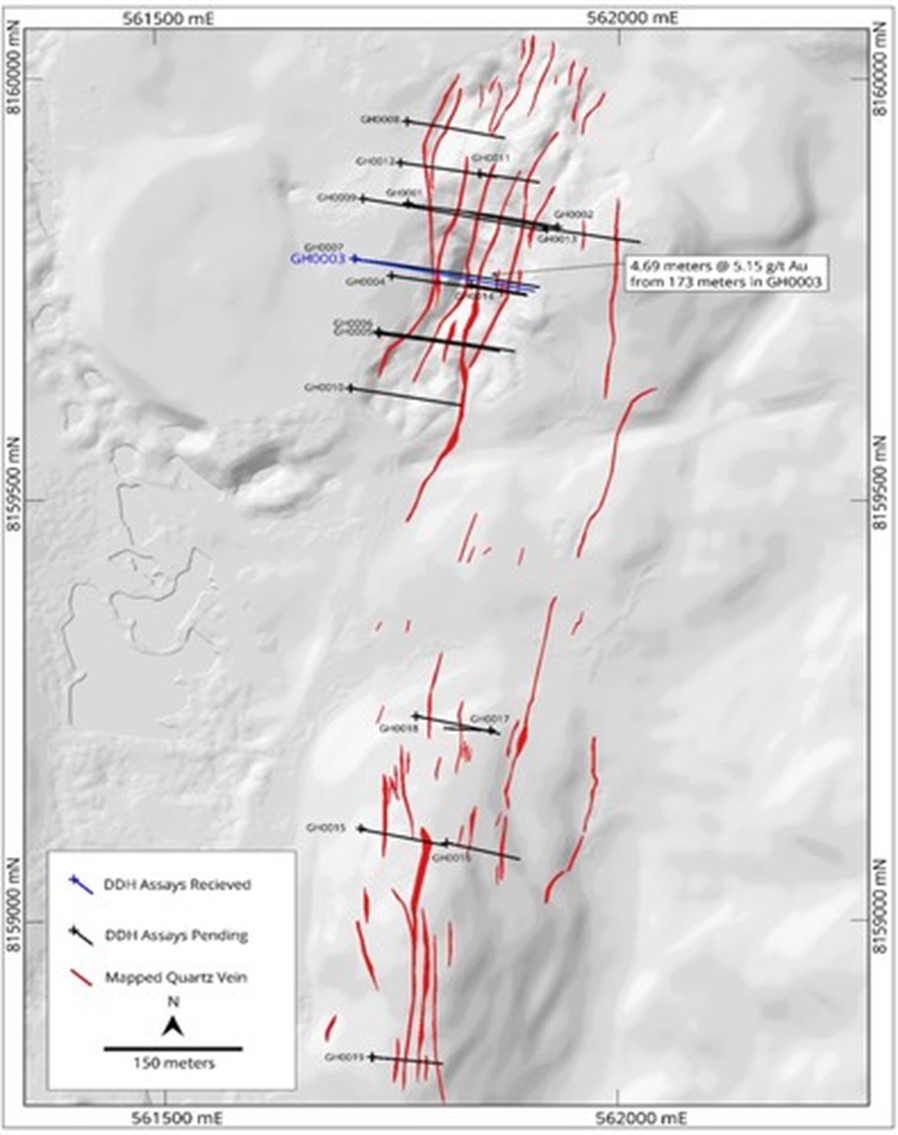