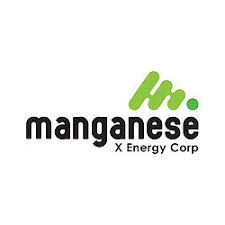 Manganese X Energy Corp. (TSX-V: MN) (FSE: 9SC2) (TRADEGATE: 9SC2) (OTC Pink: SNCGF) announced its intention to complete a spin-out of its Lac Aux Bouleaux Graphite Property located in the Province of Québec, into a separate, yet-to-be-formed publicly-traded company. The spin-out transaction, which is expected to be completed in the third quarter of 2020, is intended to enable the Company to maximize its focus and provide it with the flexibility to meet its unique business needs and further its development strategy.

In connection with the Transaction, Pubco is expected to complete a private placement of subscription receipts for aggregate gross proceeds of up to $750,000, at an anticipated price of $0.05 per Subscription Receipt. Subject to applicable laws, the Subscription Receipts are expected to be converted (without further payment by Subscribers) into units comprised of one  common share, and one-half of one common share purchase warrant, with each whole Warrant exercisable into one common share at an anticipated exercise price of $0.08 per share. The net proceeds of the Private Placement will be used to fund, among other things, an initial exploration program plus the general working capital of Pubco and potential future acquisitions. Subject to applicable laws, in connection with the Private Placement, the Company may also pay a finder’s fee to one or more eligible finders. Further details on the Private Placement, will be provided in due course, once available, by way of press release.

The Transaction will result in the creation of Pubco as an independent public company, which will initially be focused on the exploration of the LAB Graphite Property for graphite, with the potential for acquisition and exploration of other precious metals projects moving forward. Pubco is expected to have the ability to source its own funding independent of the Company. Upon closing of the Transaction, it is expected that Dr. Luisa Moreno and Mr. Jay Richardson, will serve as, respectively, the Chief Executive Officer and Chief Financial Officer of Pubco.

Completion of the Transaction remains subject to (i) the receipt of tax and legal advice for the Company and Pubco, (ii) the approval of the Plan of Arrangement by (A) the Shareholders (which the Company intends to seek at an annual, general and special meeting of Shareholders, the date for which has not yet been determined by the Board of Directors), and (B) the British Columbia Supreme Court, and (iii) the satisfaction of customary closing conditions, including, among other things, the receipt of other requisite regulatory approvals (including, where required, the approval of applicable Canadian securities regulators and the TSX Venture Exchange.

The Company intends to provide further details of the Transaction, including the date for the Shareholders’ Meeting, the number of Pubco Shares to be issued to the Shareholders, and details pertaining to the board of directors and management of Pubco, at a later date. Readers are cautioned that the final details of the Transaction are still be to be determined and that there can be no certainty that the Transaction will be completed on the terms currently proposed, or at all.

The Company engaged Hinterland Geoscience and Geomatics to prepare an update to the technical report in respect of the LAB Graphite Property. Martin Ethier, P. Geo., the principal author of the Technical Report  is a “qualified person” for the purposes of NI 43-101 – Standards of Disclosure for Mineral Projects and is considered independent of the Company within the meaning of NI 43-101. The updated Technical Report, dated as of February 18, 2020, includes exploration work carried out in 2019. A copy of the updated Technical Report is available on both the Company’s website, and the Company’s SEDAR profile at www.sedar.com.

The Company’s mission is to acquire and advance high potential manganese mining prospects located in North America with the intent of supplying value added materials to the lithium ion battery and other alternative energy industries. In addition, Manganese X Energy is striving to achieve new methodologies emanating from technologies for environmentally geographically ethical and friendly green/zero emissions, while processing manganese at a lower competitive cost.