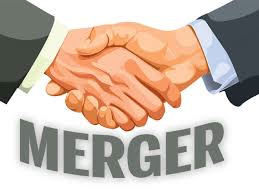 Mandalay Resources Corporation (TSX:MND) and Elgin Mining Inc. (TSX:ELG) announced today that they have entered into an arrangement agreement pursuant to which Mandalay will acquire all of the outstanding common shares of Elgin for consideration consisting of C$0.37 cash or 0.4111 of a Mandalay common share per Elgin common share, subject to pro ration. The total transaction value is approximately C$70 million.

The transaction will add Elgin’s Bjorkdal gold mine in Sweden as Mandalay’s third producing and positive cash flow generating asset. Bjorkdal is a safe, highly productive, mechanized underground and open pit mine with a highly automated processing plant producing gravity gold concentrate and flotation gold concentrate. Elgin’s full-year production guidance for Bjorkdal in 2014 is 44,000 to 49,000 ounces of gold at US$886 to US$982/oz cash cost and US$1,088 to US$1,207/oz all-in cost. With Bjorkdal’s forecast production for the second half of 2014 added to Mandalay’s existing production guidance, Mandalay’s total gold equivalent production guidance for 2014 increases to 152,000 to 167,000 gold equivalent ounces.

Brad Mills, CEO of Mandalay, commented, “Mandalay’s core strategy is to acquire cash flowing or near cash flowing assets in geopolitically stable and mining-supportive jurisdictions that have excellent exploration potential and where Mandalay’s operational expertise can make a material difference to the performance of the asset in the short to medium-term. The Bjorkdal mine is an ideal fit for Mandalay. Elgin has already identified and initiated optimization strategies for Bjorkdal mine. These, coupled with Mandalay’s mine design and execution experience, will insure the operational strategies being deployed at Bjorkdal achieve maximum impact. We believe that the application of Mandalay’s financial and technical resources can help the Bjorkdal mine significantly grow production and materially reduce costs per ounce in the coming 12 to 36 months. We expect that with this growth, this transaction will be highly accretive to Mandalay shareholders on an EBITDA, earnings per share, net asset value, free cash flow per share, and reserves and resources per share basis from 2015 onwards at current metal prices.”

Patrick Downey, CEO of Elgin stated, “The combination of Mandalay and Elgin will provide our shareholders with the opportunity to gain exposure to a growing and profitable producer with operations in politically and fiscally stable jurisdictions, while still providing exposure to the upside at Bjorkdal. Mandalay has an excellent track record of growing and optimizing mine operations and producing value for their shareholders. With their balance sheet and technical expertise, I believe that the combined company will maximize the value of Bjorkdal for the benefit of both the Mandalay and Elgin shareholders, and I look forward to working with the Mandalay team.”

The transaction will be completed by way of a statutory plan of arrangement pursuant to the Business Corporations Act (Ontario). Under the terms of the arrangement, Elgin shareholders may elect to receive, in exchange for each of their Elgin common shares, C$0.37 in cash or 0.4111 of a Mandalay share. Elections will be subject to pro ration based on a maximum aggregate amount of Mandalay common shares of 50,000,000 and a maximum aggregate amount of cash of $25,000,000. The transaction is not conditional on any financing. As part of the transaction, all of Elgin’s C$0.20 common share purchase warrants (to the extent not otherwise exercised prior to closing) will be cancelled at closing in exchange for a cash payment of C$0.17 per common share purchase warrant.

Completion of the transaction is subject to customary closing conditions, including Ontario court approvals and a favorable vote of at least two-thirds of the votes cast by Elgin shareholders as well as the resolution, to Mandalay’s satisfaction, of Elgin’s outstanding reclamation obligations relating to its former coal operations in Kentucky.

In connection with the execution of the arrangement agreement, shareholders who collectively own approximately 41.4% of Elgin’s issued and outstanding common shares have entered into agreements with Mandalay pursuant to which they have agreed, among other things, that they will vote all of their Elgin common shares in favour of the transaction.

The arrangement agreement includes customary non-solicitation provisions applicable to Elgin and provides for the payment of a C$2,000,000 break-up fee to Mandalay if the transaction is terminated in certain circumstances.

Elgin will seek shareholder approval for the transaction at its annual general meeting, which it expects will be held in the third quarter of 2014. In connection with the meeting, Elgin will mail an information circular to its shareholders providing further details of the transaction. Assuming timely receipt of all necessary court and shareholder approvals and the satisfaction of all other conditions, closing is expected to occur shortly after the Elgin shareholder meeting. Elgin has obtained the approval of the Toronto Stock Exchange to defer holding its annual meeting until September 30, 2014.

In connection with the transaction, Mandalay has agreed to provide a convertible bridge loan of approximately $5,000,000 to Elgin. Elgin will use the proceeds of the loan to repay its existing bridge loan from Sprott Resource Lending Partnership, which contains restrictions on Elgin’s ability to satisfy its Kentucky coal reclamation obligations. The Bridge Loan will (i) bear interest at a rate of 10% per annum, (ii) have a term of six months, (iii) subject to TSX approval, be convertible into Elgin common shares at Mandalay’s option at a price of C$0.1565 per share and (iv) be secured by, among other things, a pledge of all of the shares of Elgin’s Swedish subsidiaries (Bjorkdalsgruvan Aktiebolag and Bjorkdal Exploration AB).

Primary Capital Inc. is acting as financial advisor to Elgin and Cassels Brock & Blackwell LLP is acting as legal counsel to Elgin.

Mandalay Resources is a Canadian-based natural resource company with producing assets in Australia and producing and development projects in Chile. Mandalay is focused on executing a roll-up strategy, creating critical mass by aggregating advanced or in-production gold, copper, silver and antimony projects in Australia and the Americas to generate near-term cash flow and shareholder value.

Elgin is a Canadian-based company focused on production at the Bjorkdal gold mine in Sweden. In addition, Elgin’s portfolio includes the Lupin and Ulu gold projects located in Nunavut, Canada.